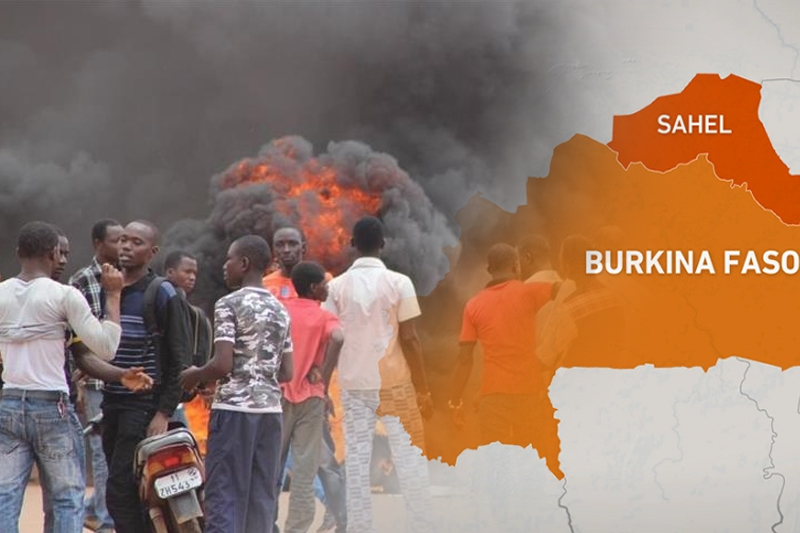 Burkina Faso – “One of the vehicles carrying civilians hit an improvised explosive device. The provisional toll is 35 dead and 37 injured, all civilians,” Sahel Governor Rodolfa Sorgo said in a statement. Monday’s incident occurred as a military-led convoy was supplying cargo to towns in the troubled north along the road between Burzanga and Jibo.

At least 35 civilians were killed and 37 injured when a supply convoy in jihadist-hit northern Burkina Faso was hit by an improvised explosive device, the governor of the Sahel region said.

The landlocked African nation is in the grip of a seven-year insurgency that has claimed more than 2,000 lives and forced 1.9 million people to flee their homes.

“The escorts quickly secured the perimeter and took measures to help the victims,” the statement said, adding that the convoy traveled north to Burkina Faso’s capital, Ouagadougou. A security source told AFP that the supply convoy “consisted of civilians, drivers and merchants”.

According to a resident of Djibo, “several dozen vehicles were damaged, including trucks and public transport buses.”

Recently, jihadist groups staged similar attacks on highways leading to the main cities in the north, Dori and Jibo. In early August, 15 soldiers were killed in the same area by a double IED explosion.

Much of the fighting has been in the north and east, led by jihadists suspected of having ties to al-Qaeda or the Islamic State.

With more than 40% of the country’s territory outside government control, Burkina’s ruling junta, which seized power in January, has made fighting the insurgency a priority.

On Sunday evening, in an address to the nation from the city of Dory, the head of the junta, Lieutenant Colonel Paul-Henri Sandaogo Damiba, hailed “relative calm” in several localities.

The government said it had intensified “offensive actions” by the army and also opened dialogue with some armed groups through religious and local leaders.