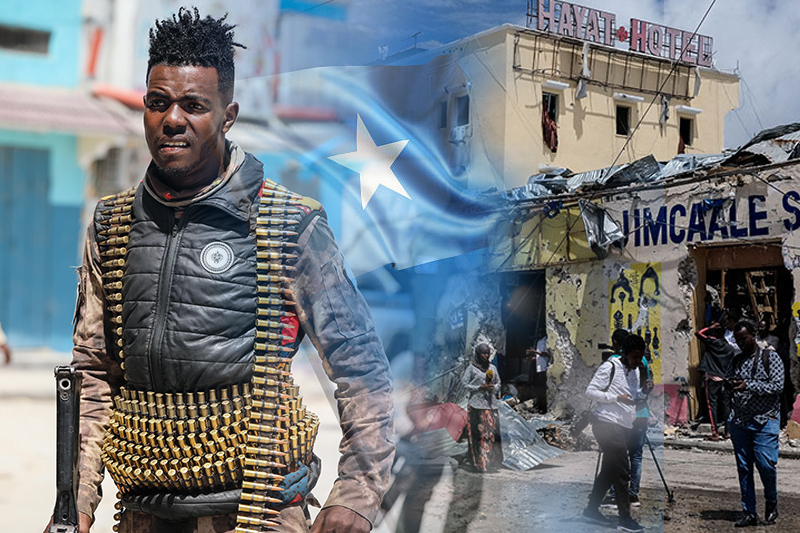 Somalia – Somali forces have lifted a siege on a hotel in the capital, Mogadishu, after it was taken over by armed Islamic extremists.

According to police, at least 20 people were killed and 40 injured during the attack. The al-Qaeda-linked al-Shabaab group claimed responsibility for the attacks.

The explosions raised huge columns of smoke over Mogadishu, and gunfire could be heard throughout the city. According to eyewitnesses, large parts of the Hayat Hotel were destroyed during the fighting.

It took about 30 hours before it became known that the authorities recaptured the hotel. According to eyewitnesses, the security forces stopped the siege and for an hour there was no sound from the building.

Officials did not provide information on the total number of casualties or how many al-Shabaab fighters were killed, adding that the government would hold a press briefing at a later date.

The attack was the largest since Somalia’s new president, Hassan Sheikh Mohamud, was elected in May after months of political instability. This comes after the intensification of hostilities against Al-Shabaab and against the backdrop of a grave humanitarian crisis that threatens to starve millions of people.

Al-Shabaab waged a deadly insurgency against the Somali central government for about 15 years and has become one of al-Qaeda’s most effective affiliates since it swore allegiance to its then leader, Ayman al-Zawahiri, in 2011. Al-Zawahiri was killed by a US drone strike in Kabul earlier this month.

Al-Shabaab has been targeting hotels for years. Some establishments have come under attack as symbols of practices deemed un-Islamic or simply because they are vulnerable. Others are unable to repay the group, which is raising millions of dollars through “taxes” on businesses across Somalia.

Dozens of people gathered outside the Hayat Hotel, a popular haunt frequented by government officials and ordinary Somalis, hoping to learn about the fate of their loved ones trapped inside.