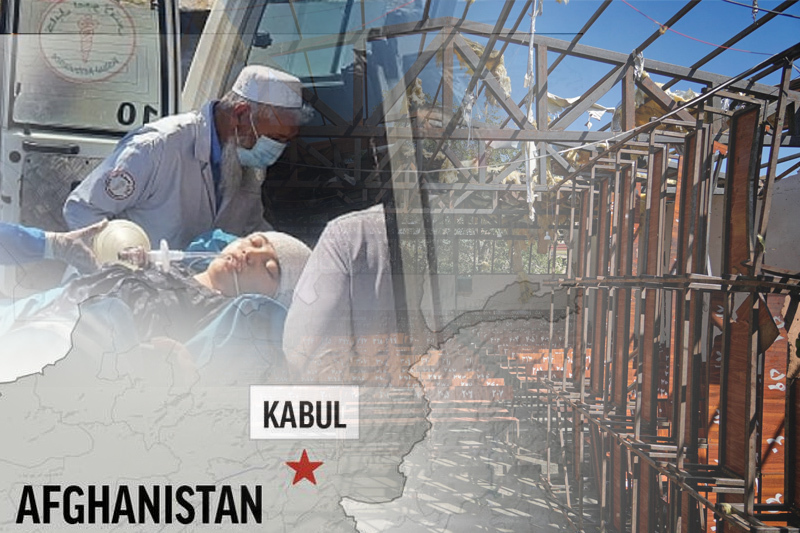 A suicide bombing at an educational institution in the Afghan capital Kabul killed 19 people and injured 27, police said on Friday. There were no immediate claims of responsibility for the attack.

Many of those living in the western part of the city where the explosion took place are Hazaras, an ethnic minority who have been the victims of past attacks organized by Islamic State militants, among others.

“A blast took place inside an institute, the blast has [caused] casualties,” Kabul police spokesman Khalid Zadran told Reuters. He added that security personnel had arrived in the area to investigate. The witness, who spoke to Reuters on condition of anonymity, said the suicide bomber had detonated the explosives.

Videos posted online and photographs released by local media show bloodied victims being carried away from the scene, AFP reported. Teenage students were among 24 people killed in a 2020 Islamic State attack on an education center in western Kabul.

Since taking over Afghanistan in August 2021, the Taliban have stressed that they are defending the country after decades of war, but in recent months there have been a series of bombings at mosques and residential areas.

The Kaaj Learning Center is a private college educating both boys and girls. Most girls’ schools in the country have been closed since the Taliban returned to power last August, but some private schools are open.

The Hazaras, most of whom are Shia Muslims, are the third largest ethnic group in Afghanistan. They have long faced harassment from the regional branch of the Islamic State (ISIS) and the Taliban, who adhere to Sunni Islam.