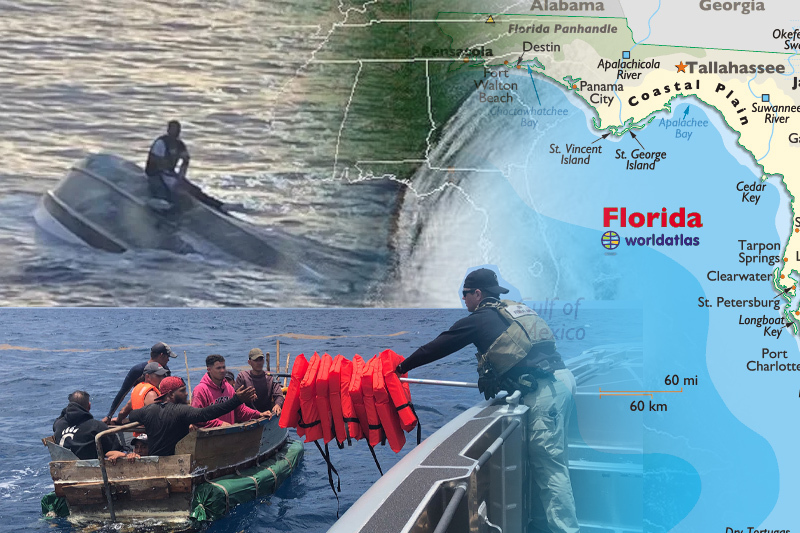 US – A ship carrying more than two dozen migrants sank off the coast of Florida, a US government official said, as crews searched for 20 people who remain missing when Hurricane Yan hit the US state.

Walter Slosar, chief patrol agent for US Border Patrol headquarters in Miami, said on Wednesday that law enforcement launched a search and rescue operation after the ship sank “due to inclement weather.”

Slosar said four migrants washed ashore on Stoke Island in the Florida Keys, but crews, including the US Coast Guard, were looking for 23 more. The Coast Guard later said that south of Boca Chica, another island in the Keys, three people had been rescued in an ongoing search.

Earlier this week, Slosar warned people against boarding ships bound for Florida amid a string of recent storms and hurricanes. “Over the weekend, 50 migrants from #Cuba were taken into Border Patrol custody after making landfall during 3 events in the #FloridaKeys on makeshift vessels,” he wrote on Twitter on Monday.

The National Hurricane Center has warned of “catastrophic” flooding and wind damage on Florida’s southwest coast due to Hurricane Ian. The Category 4 storm has already brought biting winds and heavy rainfall to several cities in the area, and Florida State officials have urged residents to evacuate before it quickly approaches.

Cuba was slowly restoring power on Wednesday after a hurricane completely destroyed the island’s power grid. Migrants from Haiti and Cuba, as well as other parts of the Caribbean and Latin America, regularly make dangerous journeys by sea to Florida’s shores.

In recent months, dozens of people have died trying to reach the US by boat. In August, two migrants died and five went missing after their boat capsized off the Florida Keys.

The US Coast Guard has repatriated hundreds of migrants to Cuba this year. Last month, the Coast Guard said it had intercepted more than 3,900 Cubans trying to reach the US by sea since October last year.