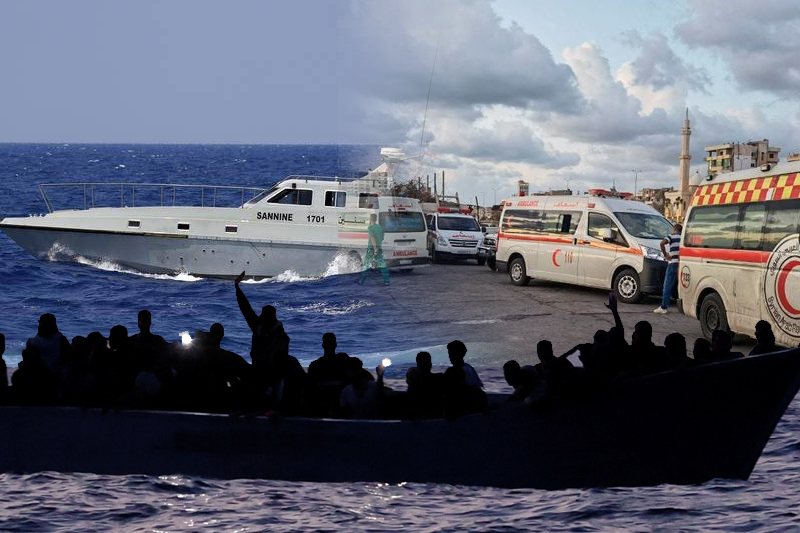 Syria – The number of people found dead has risen to 34, the Syrian health ministry said in a statement on Thursday, adding that 20 survivors are being treated at the Basel hospital in Tartus.

Dozens of people have died after a boat carrying migrants and refugees from Lebanon capsized off the Syrian coast, according to the Syrian government.

The Syrian Ministry of Transport, citing survivors, said the ship left the northern Lebanese region of Minye on Tuesday with 120 to 150 people on board. According to Ports Director General Samer Kubrusli, search operations continue in difficult conditions due to rough seas and strong winds.

The incident is one of the deadliest since growing numbers of Lebanese, Syrians and Palestinians attempted to flee crisis-hit Lebanon by sea to Europe.

In Lebanon alone, tens of thousands of people have lost their jobs and the Lebanese pound has lost more than 90 percent of its value, depriving thousands of families living in extreme poverty of purchasing power.

The governor of Tartus, Abdulhalim Khalil, reportedly visited the survivors in the hospital.

It was not immediately clear how many people were on board and exactly where they were going, but the Coast Guard is still looking for the bodies. State media reported that there were people of different nationalities on the boat. In recent months, thousands of Lebanese, Syrians and Palestinians have left Lebanon by boat in search of better opportunities in Europe.

Lebanon has a population of six million, including one million Syrian refugees, and has been in the grip of a severe economic crisis since late 2019 that has pushed more than three-quarters of the population below the poverty line.

In April, a ship carrying dozens of Lebanese, Syrians and Palestinians trying to migrate by sea to Italy sank more than 5km from the port of Tripoli after colliding with Lebanese naval forces. Dozens of people died in the incident.

Migrants leave the country from the northern Lebanese coast, the poorest region of the small country.