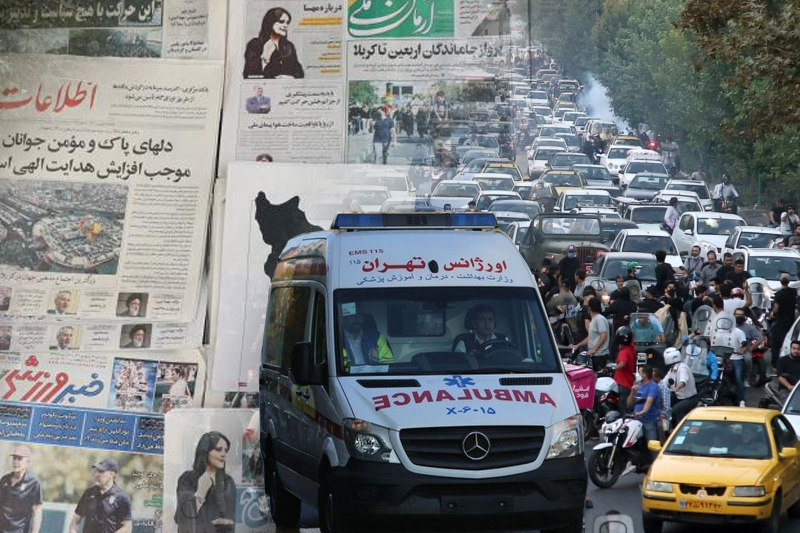 Iran – According to a human rights monitor, five people were killed by Iranian security forces during protests sparked by the death of Mahsa Amini, who was in police custody.

The Hengaw Organization for Human Rights, a Norwegian-registered organization that monitors human rights abuses in Iran, said five people have been shot dead during demonstrations in Iran’s Kurdish region over the past few days. Over the weekend, 75 people were injured in other cities.

Meanwhile, Tehran Governor Mohsen Mansouri accused the protesters of attacking police and destroying public property, saying in a Twitter post late Monday night that the protesters were “fully organized and prepared to create unrest in Tehran.”

The protests erupted after the death of Amini, a 22-year-old Iranian who died in Tehran after being arrested by Iranian vice police last week. Iranian officials said Amini died on Friday after suffering a “heart attack” and slipped into a coma following her arrest last Tuesday. However, her family said she had no pre-existing heart condition, according to Emtedad News, a pro-reform Iranian media outlet that claimed to have spoken to Amini’s father.

Iran’s Vice Police are part of the country’s law enforcement and are tasked with enforcing the Islamic Republic’s strict social rules, including its dress code that requires women to wear the hijab in public.

The UN Human Rights Office (OHCHR) said in a statement on Tuesday that the vice police have increased their patrols in the streets in recent months and are subjecting women who are allegedly wearing the “loose hijab” to verbal and physical harassment and arrest.

Iranian officials said they performed an autopsy on Amini’s body. Speaking on state television on Saturday, Mehdi Forozesh, director of Iran’s Forensic Medical Examiner’s Organization, said the results would be made public after further examination by medical experts.

But the protesters did not accept explanations from the police. The UN said thousands took to the streets in cities including Tehran, Isfahan, Karaj, Mashhad, Rasht, Sakkes and Sanandaj, demanding justice and accountability.

The semi-official Fars news agency reported that the protesters were “unconvinced” by police justifications for Amini’s death and said she died “under torture”.

Fars also released a video of protesters demonstrating in the Kurdistan provincial capital of Sanandaj late Sunday night and chanting slogans against officials.