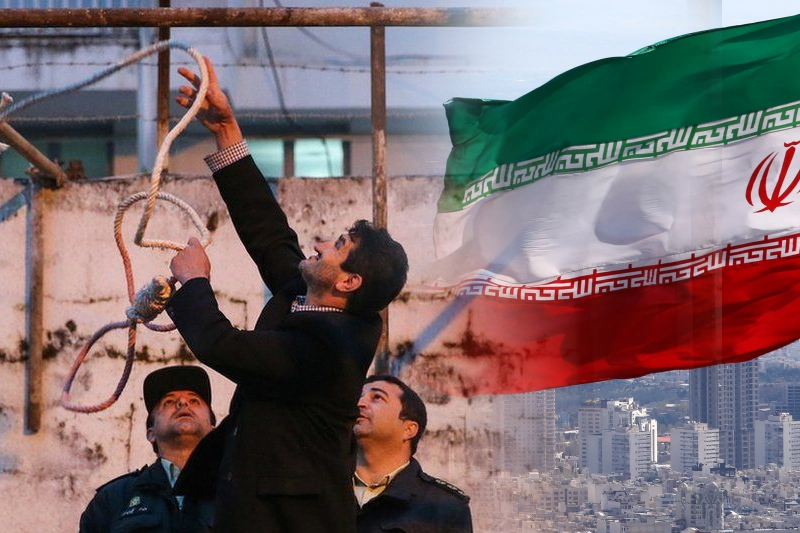 Iran – People who are protesting against the economic devastation and escalating prices of commodities in Iran, are being hanged.

Executions have doubled in the past six months, there have been 250 executions in comparison to some 117 in the beginning of last year. This has been seen as the worst kind of human rights violation. While Iran continues to press upon negotiations with the Western world over Nuclear Deal, its common people are suffering at the hands of economic collapse, no jobs, control over Internet services and much more.

This method of execution is being seen by the Western world as a way to create fear and shutdown the masses. According to formal estimates, of all the executions, 137 have been carried out since the latest wave of anti-regime protests in Iran began on May 7. Six women were among those executed, and eight prisoners were hanged at the Rajai Shahr Prison outside Tehran this week alone.

Unfortunately, the actual numbers are much higher than the ones shared by media and sources. Also, there is outcry that those troubled and executed are all from minority communities living in Iran especially Baluch and Kurds. Iran Human Rights said it counted the executions of 67 prisoners from the Baluch minority, mainly Sunni Muslims who live in the southeast.

UN Secretary-General Antonio Guterres expressed concern last month over the rise in executions, with Iran again executing drug offenders in high numbers and many people from ethnic minorities.
“The death penalty continues to be imposed on the basis of charges not amounting to ‘most serious crimes’ and in ways incompatible with fair trial standards,” said Nada Al-Nashif, the UN’s deputy high commissioner for human rights.

According to the Amnesty International’s estimates, at least 19 percent of recorded executions in Iran were Baluch, although they make up only about 5 percent of the population.