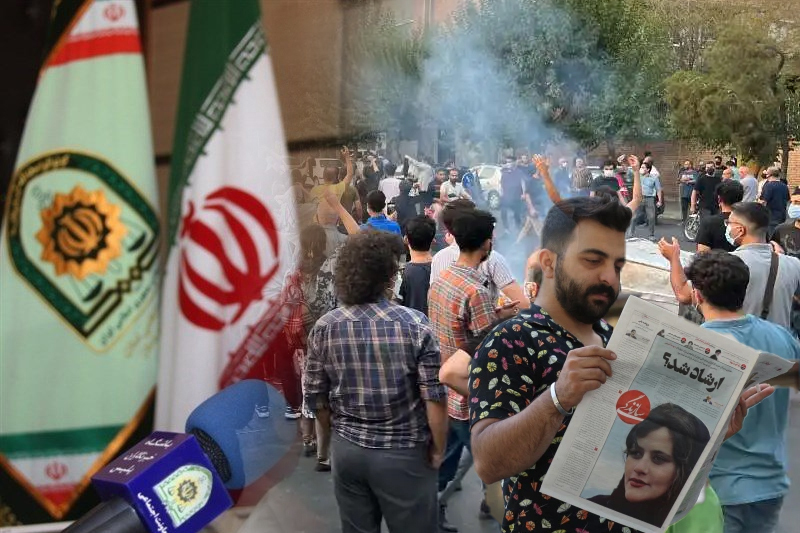 Iran – Amini, 22, who was stopped and detained by Iranian vice police in Tehran on Tuesday, died after falling into a coma on Friday. CCTV footage released by Iranian state media appears to show her passing out at a “re-education” center where she was taken by the vice police to receive “instructions” on her clothes.

Iranian police called Mahsa Amini’s death an “unfortunate incident” and denied that she was physically harmed while in custody, the semi-official Fars News news agency reported on Monday.

“The incident was unfortunate for us and we wish to never witness such incidents,” Greater Tehran Police Commander Hossein Rahimi said at a press briefing on Monday. Rahimi said that “false accusations” were made against the Iranian police and that Amini was not physically harmed during and after her detention. He added that the police “did everything” to keep her alive.

Iranian officials said Amini died of a “heart attack” following her arrest on Tuesday, but her family maintains she had no preexisting heart condition.

On Monday, students took to the streets of Tehran demanding justice and accountability for Amini’s death as protesters clashed with police in Iranian cities in northwestern Kurdistan province over the weekend, semi-official news outlets reported.

In one video shared on social media, women in Tehran take off their hijab and wave it while chanting “Death to the dictator” on Monday. Another video shows a motorcycle on fire in the street near a courthouse in the capital.

The government-linked Fars news agency released a video showing protesters demonstrating in the Kurdistan provincial capital Sanandaj late Sunday night and chanting slogans against officials. According to Fars, the protesters were “unconvinced” by the police’s justification for Amini’s death, saying she died “under torture”.

At least 38 people were injured during protests in both cities, according to a report released Sunday by the Hengaw Organization for Human Rights, a Norwegian-registered organization that monitors human rights violations in Iran.