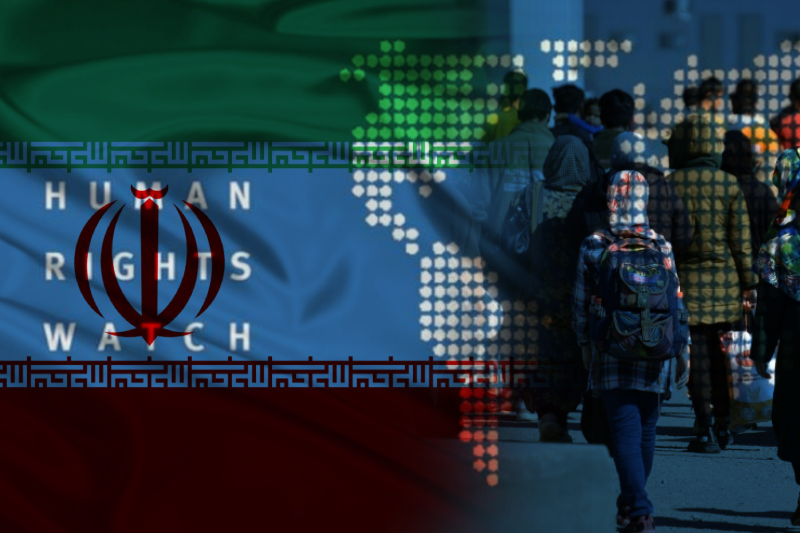 Iran – Following Taliban takeover, Afghanistan is facing worst humanitarian crisis of current time. Thousands of Afghans have fled the country in an attempt to escape violence and bloodshed at hands of the group. Countries across the globe and many human rights organizations have come forward offering refuge and aid to the innocent people of Afghanistan, a majority being women and children. But Tehran has been deporting Afghan refugees in big numbers since the Taliban takeover. Human Rights Watch has urged the United Nations to intervene as the global watchdog has opened protests against Iran.

According to the International Organization for Migration (IOM), Iran this year has deported 1,031,757 Afghan refugees, and this includes 28,000 deportations just in the last week of October.

Late August brought Afghanistan to the forefront of global news as the world watched in horror chaotic withdrawal of US troops and Taliban takeover. Iran, that shares a 900 km long border with Afghanistan, offered temporary shelter to Afghanis in its three provinces that lie along eastern border. Borders were however, closed later for civilians trying to enter Iran without proper documentation.

IOM has noted that the move by Tehran is pushing Afghanistan and its citizens towards greater challenges as country facing internal turmoil. IOM Director General Antonio Vitorino said, “The majority were deported, returning to Afghanistan often broke and broken, in need of health support, food and rest.” He added, “The task of reuniting with family and reintegrating into communities – especially for those who have been in Iran or Pakistan for years – is tremendously difficult considering the high levels of unemployment and food insecurity.”

Human Rights Watch has expressed its concerns over the move by Iran. “The Iranian government took some steps towards our citizens which are clearly in contrast with the UN international convention,” said Lal Gul Lal, head of HRW Afghanistan. “We strongly condemn the remarks of the Iran government and call on the UN to prevent Iran’s actions against migrants.”

Iran defends its actions citing ongoing monetary and financial crisis due to sanctions imposed by the United States.