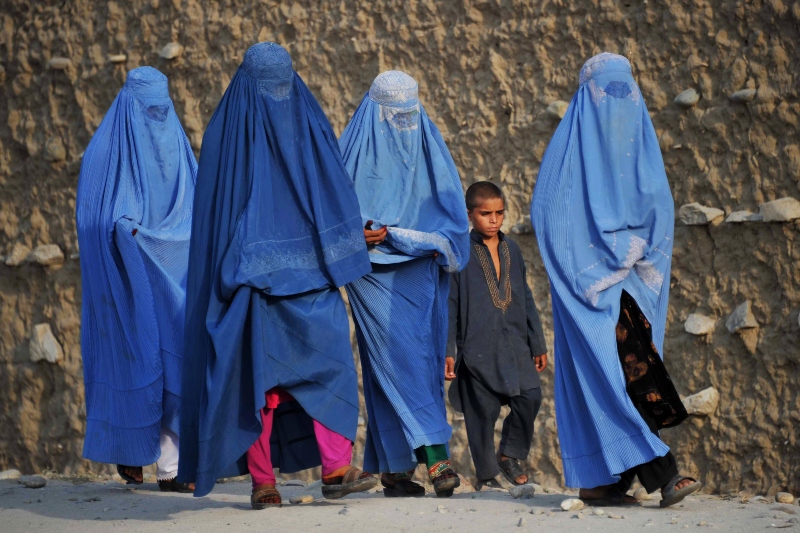 targeted by taliban sweeping off the hard earned rights

Afghanistan – The past year end has been a nightmare for people of Afghanistan, more so for the women. Since August when the Taliban seized power of the nation, it has been offensively enforcing group’s fundamentalist approach of Islam on people. Against the earlier promises of treading along a more moderate path, the Taliban is rapidly imposing new series of restrictions that target freedom, rights and liberties of Afghani women who have earned them through past two decades of activism, struggle.

After al-Qaeda attacked United States in 2001, the then President of US George W. Bush invaded Afghanistan that was hub of the terrorist organization. According to the Bush administration, war on terrorism in Afghanistan was “also a fight for women’s rights and dignity.” This brought suffering of Afghani women to the world’s centerstage and opened the gates to international funds and aid that helped NGO’s and social programs that worked for women’s lives in the country. The once impossible under Taliban regime was now a possibility – women were out chasing their dreams, participating in public life, gaining education and speaking out. This was however, only true in urban areas while the rural countryside still was suffering ground for women – night raids, displacement and airstrikes haunted the lives.

Since the Taliban takeover, new rules are imposed but they are still linked to past. Women have to burqa, though not mandatorily, many do so out of fear of being targeted. The group has spearheaded restrictions targeting urban and middle class women. Markets are bustling but are flooded with Taliban fighters patrolling the streets. Simple freedoms for women, like salons and retails have been shuttered down under Taliban rule. Posters and banners with women have been pasted upon or removed.

Education has been the most targeted area. Girls are banned from attending co-ed schools. This is a slight reprise from earlier rule that completely prohibited females from obtaining education. Still the rules regarding education for girls is unclear under Taliban regime. But it has been announced by education minister in Taliban regime that for women to attain education it would be under gender segregation with mandatory Islamic dress code for universities. Women have been banned from playing sports as well.

Under a new law effective since December 26, women are now prohibited from traveling without a male relative for more than 72 kilometers distance. It is now illegal for drivers to give ride to women traveling alone under direction of The Taliban Ministry for Propagation of Virtue and the Prevention of Vice. A Human Rights Watch member said that this decree targets women and prevents them from “being able to depart if they are facing domestic violence.”

Similarly, in November Taliban imposed a ban on women from appearing in movies and TV shows. Female journalists and TV presenters have been ordered to wear headscarves.

Women are continuously being eliminated from workplaces since Taliban takeover. Women accounted for 20% of the country’s workforce in 2020, according to UN Development Program (UNDP) report in December, with a growing number running small businesses. This all looks in jeopardy as extreme decrees continue to strike women’s rights in Afghanistan under Taliban regime.