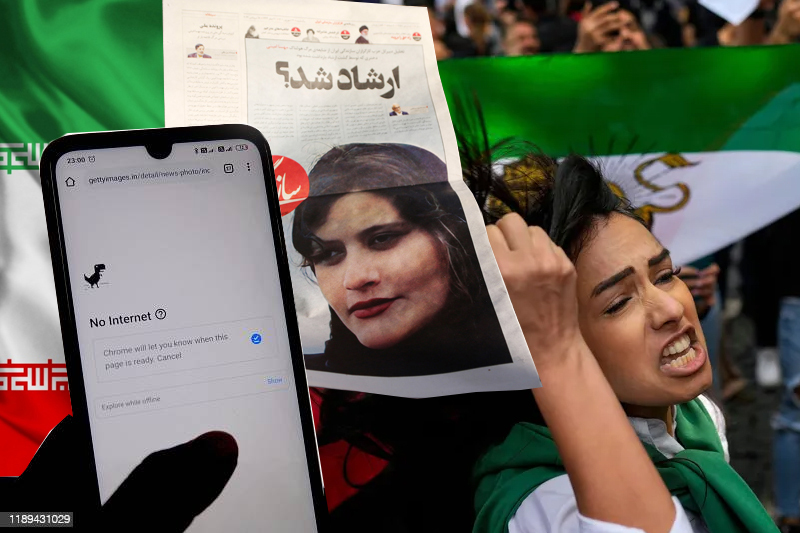 Iran – When Iranian authorities shut down the internet in 2019 amid anti-government protests, the international community struggled to trace the ensuing massacre of civilians.

Iranians took to the streets to demonstrate after fuel prices rose 300% overnight. The New York Times reported at the time that “between 180 and 450 people, possibly more” were killed during the four days of violence, thousands more were injured and detained, most of them as the country sank. into digital darkness. Reuters reported in December 2019 that 1,500 people had been killed in two weeks of unrest.

Now there are some fears that history may repeat itself amid renewed civil unrest. Protesters have filled the streets in recent days after Mahsa Amini, a 22-year-old woman, died in the custody of Tehran’s vice police. Iranian officials said she had a heart attack, but her family said she had no previous heart problems. “I have no idea what they did to her,” said her father, Amjad Amini.

According to Netblocks, mobile networks are mostly offline. And Meta has confirmed that Iranians are having trouble accessing some of its apps, including WhatsApp and Instagram. While it’s not a total internet shutdown in 2019, tech experts say they’re seeing a similar pattern.

Alp Toker, director of Netblocks, said the impact of these disruptions cannot be overestimated. Earlier this week, Netblocks said that the Iranian people are now subject to the strictest internet restrictions since the November 2019 massacre.

Losing internet connectivity has become “a central fear that’s etched into the minds of Iranians, particularly post-2019,” Toker said. “One of the most alarming things about the information blackout is that we don’t even have a precise death toll,” he added. “Because what happens, in terms of human rights violations, abuses of power become much more difficult to document, collate and record.”

Human rights groups say at least eight people have been killed in the demonstrations so far and are calling on the international community – and especially the technology sector – to do more to support the Iranian people. U.S. Secretary of State Anthony Blinken on Friday announced steps the U.S. government is taking to cut some of the sanctions-related red tape and allow U.S. tech firms to help the people of Iran access digital tools.