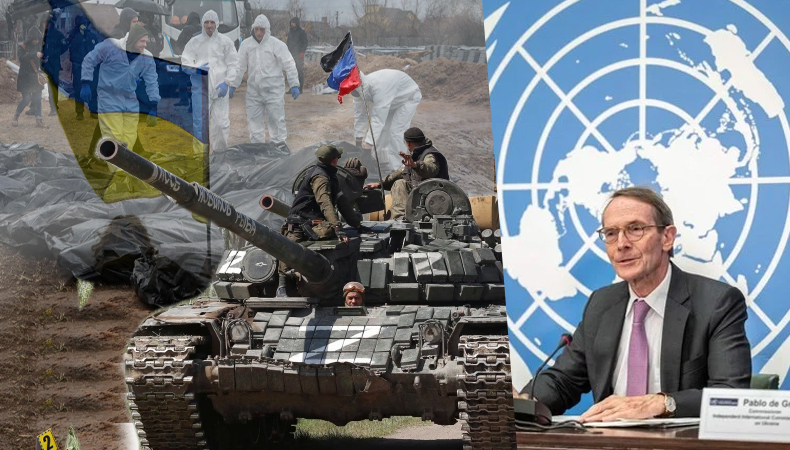 A team of three independent experts visited 27 towns and settlements, as well as graves and detention centres in four regions of the country– Kyiv, Chernihiv, Kharkiv and Sumy. They interviewed witnesses and victims. Based on the evidence gathered by the experts, it has been concluded that war crimes have been committed in Ukraine by Russian forces.

Reportedly, former detainees complained of beatings, electric shocks and forced nudity in Russian detention facilities. Most people said that an unspecified number of Russian forces were found to have committed sexual crimes with victims ranging in age from 4 to 82 years old.

The commission was set up by the Commission of Inquiry (COI) in May to investigate crimes following Russia’s invasion of Ukraine in late February.

Earlier, Russian soldiers were accused of using sexual violence as a “weapon of war” in the wake of Russia’s invasion of Ukraine. Since the Russian invasion, various human rights groups have noted multiple instances of sexual abuse of girls, women, children and men by Russian soldiers.

Earlier, United Nations Secretary-General, Antonio Guterres, said that Russia’s invasion of Ukraine forced millions of women to flee for their lives.  Helga Maria Schmid, the secretary-general of the Organisation for Security and Co-operation in Europe, also said that Ukrainian women have been the victims of rape and sexual violence in the wake of Russia’s invasion of Ukraine.

What is groupthink in the workplace?