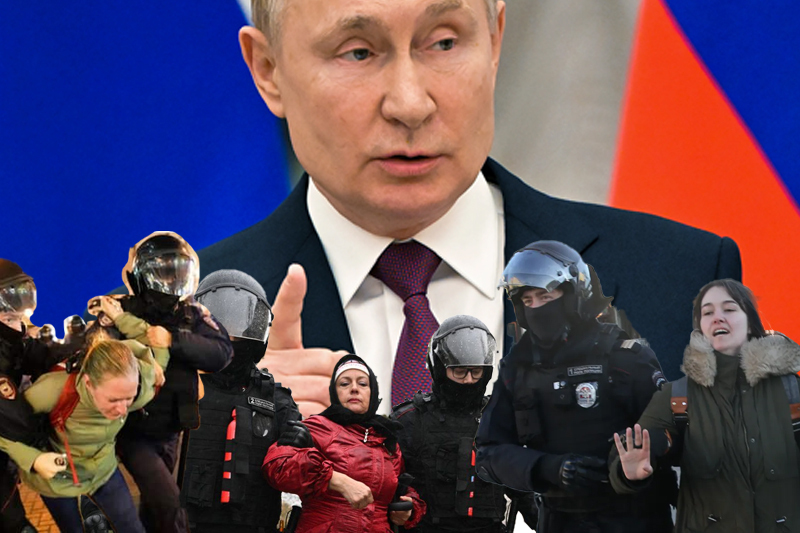 Russia – According to OVD-Info, 724 people were detained in 32 cities on Saturday. Massive demonstrations erupted after President Vladimir Putin announced plans to call up 300,000 people to fight in Ukraine.

Hundreds of people have been arrested by authorities as protests against Russia’s new “partial mobilization” continue across the country, an independent rights group said.

Unauthorized rallies are prohibited by Russian law. But Putin’s decision to draft civilians into the army has sparked large-scale protests in urban areas, with more than 1,000 demonstrators detained earlier this week.

In Moscow, the AFP news agency reported that it saw one of the demonstrators shouting “we are not cannon fodder” as officers arrested her.

And in St. Petersburg, Russia’s second city, one man told reporters, “I don’t want to go to war for Putin.” Natalya Dubova, 70, told AFP that she opposes the war and admitted that she “fears for the young people” who are being sent to the front.

Some of those arrested on Saturday reported that after being detained they were given draft papers. Earlier this week, the Kremlin defended the practice, saying “it’s not against the law.”

Moscow has also approved harsh new penalties for those convicted of dereliction of duty after conscription. On Saturday, Putin signed new decrees punishing up to 10 years in prison for any soldier caught surrendering, trying to desert the army, or refusing to fight.

Elsewhere, young Russians continue to flee the mobilization in an effort to leave the country. At the border with Georgia, queues of Russian cars stretched for more than 30 km, and the interior ministry urged people not to travel. Local Russian officials acknowledged that there was a significant influx of cars trying to cross the border – about 2,500 cars waiting at one checkpoint.

The acknowledgment is a change of tone on Russia’s part, as the Kremlin on Thursday called reports of Russians fleeing the draft “fake.”