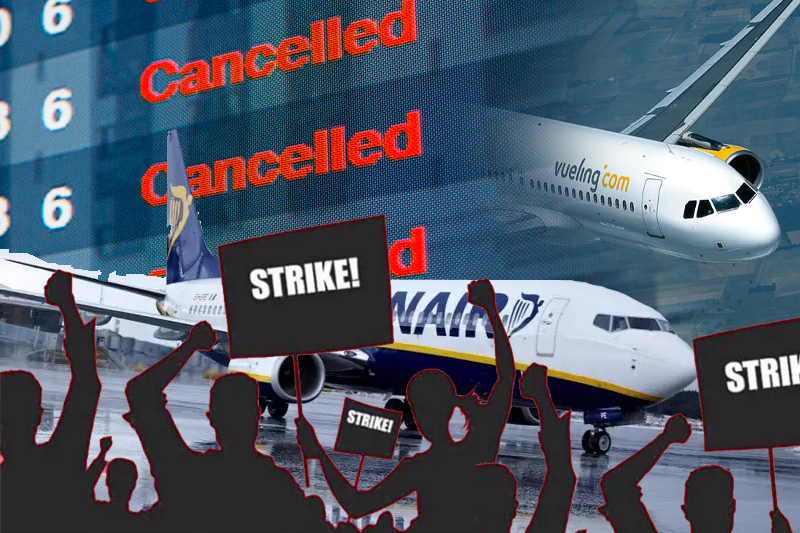 Italy – Flight attendants from budget airlines Ryanair and Vueling will go on strike across Italy on October 1st. Cancellations and disruptions are possible as pilots and flight attendants quit their jobs demanding higher wages and better working conditions.

The strike, which is being coordinated by Italian unions Filt Cgil and Uiltrasporti, is also a protest against the recent layoff of 17 Rome-based Vueling flight attendants. Ryanair employees will go on strike for 24 hours, while Vueling employees will strike for a total of four hours, from 13:00 to 17:00.

Why are Italian airline employees on strike?

Vueling and Ryanair employees are on strike demanding better working conditions. The action followed similar strikes in June and July this year.

“Italian workers (deserve) contracts that guarantee decent working conditions and salaries at least in line with the minimum wages provided for in the national air transport contract of our country,” the union said in a statement.

The union condemned Vueling for firing 17 “dedicated and professional” flight attendants at Rome’s Fiumicino airport. Union representatives also demanded better working conditions for parents, such as relieving “mothers with small children” from working the night shift. Ryanair called the unions “inappropriate” and assured customers it would not affect flights.

“Ryanair expects zero impact to our 3,000 daily flights as a result of planned strike action on Sat, 1st Oct by three tiny and irrelevant unions who don’t represent Ryanair staff, are not recognised by Ryanair and have previously held unsupported strikes that have had zero impact on Ryanair’s operations,” an airline spokesperson said. – “Ryanair has already reached Collective Labor Agreements with 3 major, representative unions in Italy (FIT CISL, ANPAC and ANPAV), which cover all of our Italian crew and deliver accelerated pay restoration , future pay increases, and other benefit improvements for our people.”