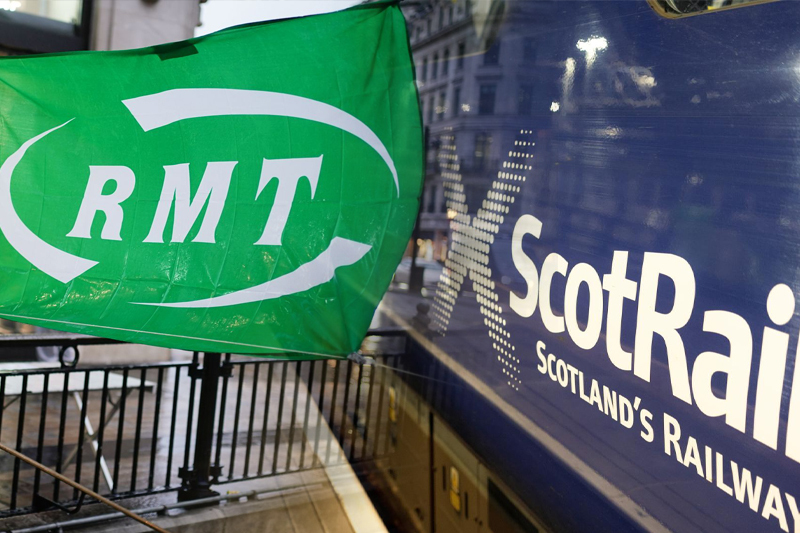 UK – ScotRail workers will go on strike next month over a wage dispute. Members of the railroad, maritime and transport (RMT) union at ScotRail will leave on Monday, October 10, after rejecting a 5% pay increase.

The union said the wage offer was an effective cut in the wages of its members due to soaring inflation. ScotRail said the strike would have “significant implications” for the services it could offer that day. The strike is part of a wave of strikes on the UK railways.

Services are also expected to be interrupted on October 1 and October 8 due to nationwide strikes at Network Rail, which is responsible for signaling and tracks.

RMT General Secretary Mick Lynch said: “ScotRail knows this proposal is not good enough and the escalating cost-of-living crisis needs to be taken into account. Our members refuse to be made poorer and will exercise their industrial strength to let ScotRail know that they will not rest until they are paid what they deserve.”

The RMT strike in August caused most ScotRail services to be cancelled, with only 11 routes operating in the Central Belt, Fife and the Scottish borders.

Phil Campbell, Head of Customer Experience at ScotRail, said: “This will have significant consequences for the service we are able to offer our customers. We will update our customers in the coming days on the full extent of the impact of industrial action. “

Rail passengers have been facing disruptions for months, but this will be the first strike at ScotRail. For two months, ScotRail had to work in emergency mode because drivers refused to work overtime due to salary problems.

And since the summer, ScotRail services have faced disruptions due to nationwide strikes at Network Rail, which is in charge of signals and tracks. The offer of payment rejected by RMT is similar to the one accepted by members of the Aslef drivers’ union. This means that it can be difficult for ScotRail to improve the basic payment offer without reopening a dispute with Aslef.