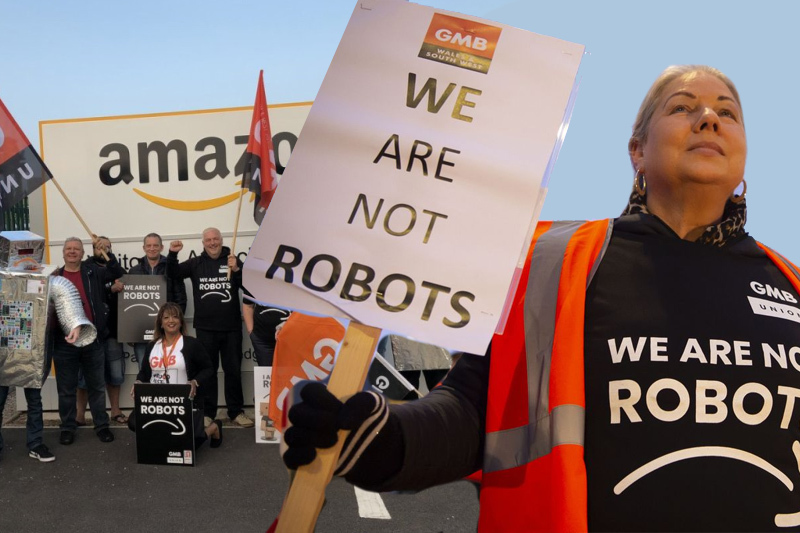 UK – Employees of the e-commerce giant staged informal protests after the “offensive” pay proposal, the union said. Hundreds of Amazon workers at a warehouse in Coventry vote to strike.

Amazon has previously said it has increased its hourly rate to £11.45 based on location and that employees are receiving “comprehensive benefits”.

The GMB union said Coventry employees could become the first Amazon workers to strike in the UK, “making history”.

“These Amazon workers will be the first in the UK to take part in a formal strike ballot,” said Amanda Gearing from the union. “They’re being offered a 35p-an-hour pay rise during the worst cost-of-living crisis in a generation – and that’s from a company worth more than £1 trillion. Understandably, they are furious.” Voting began on Thursday. Voting closes on October 19, and any strikes are likely to take place in November.

Earlier this month, 300 GMB members took part in an advisory vote, with the union reporting 97% said they were ready to strike. And in August, Lyon Park employees staged a two-day protest, with unofficial demonstrations also taking place at Amazon sites in Swindon and Tilbury in Essex. Employees at other Amazon centers, including Swindon and Tilbury in Essex, also staged informal protests in anger at the August pay offer. Before any action can be taken, a formal vote must be held.

Amazon said its pay offer, up from £10.50 an hour, represents “a 29% increase in Amazon employees’ minimum hourly wage from 2018”. It also says the employee benefits include private health insurance, life insurance, income protection, food subsidies, employee rebates and more, which he added “is worth thousands of pounds a year.”

However, GMB said the global firm “can afford to do better.” “It’s not too late to avoid strike action and to get round the table with GMB to improve the pay and conditions of workers,” Ms Gearing said.