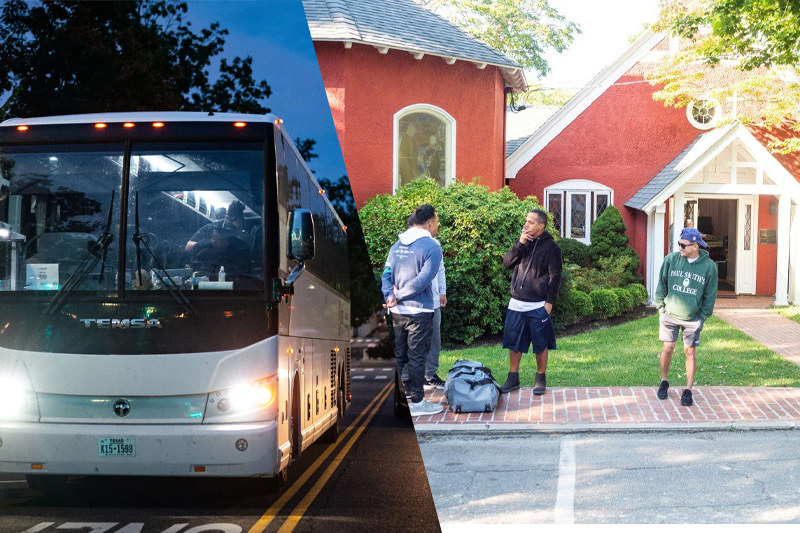 US – Two buses full of people, mostly from Venezuela, were recently parked near the residence of Vice President Kamala Harris in Washington, DC. Texas Gov. Greg Abbott, who approved the move, called for tougher immigration policies.

Thousands of migrants have been sent from Republican-led states to Democratic-run areas as part of a growing conflict with the federal government and the Biden administration.

Last night, Florida claimed responsibility for sending two planeloads of migrants to the wealthy Martha’s Vineyard enclave in Massachusetts, in an apparent escalation of tactics that have already brought migrants to Chicago and New York.

While opponents of the tactic call it brutal and inhumane, the tristate governments insist it is the result of the Biden administration’s own border policies.

Why are migrants taken away?

Three states – Texas, Arizona and Florida – have announced initiatives to move migrants to the Democratic-led states, which they have accused of being “safe havens” for jurisdictions that do not enforce immigration laws.

They also said the measure is meant to increase pressure on the Biden administration to do more to reduce the number of people crossing the US-Mexico border, which has hit an all-time high this year.

In a letter directing local authorities to begin the initiative, Gov. Abbott argued that the federal government “has no real plan” to deal with the unprecedented “influx of illegals” that might otherwise end up in Texas cities.

“Texans cannot continue to shoulder the burdens imposed by open-border advocates in other parts of the country,” he wrote.

How many have travelled?

As of September 16, Texas and Arizona had sent almost 300 buses carrying approximately 13,000 migrants to Washington, DC, New York and Chicago, according to statistics compiled by CBS.

Most of these people were sent from Texas, which spent $12 million to fund trips. Arizona spent about $4 million.

While we know that the Florida legislature has allocated $12 million for migrant transportation, the exact details of its resettlement program remain unclear.