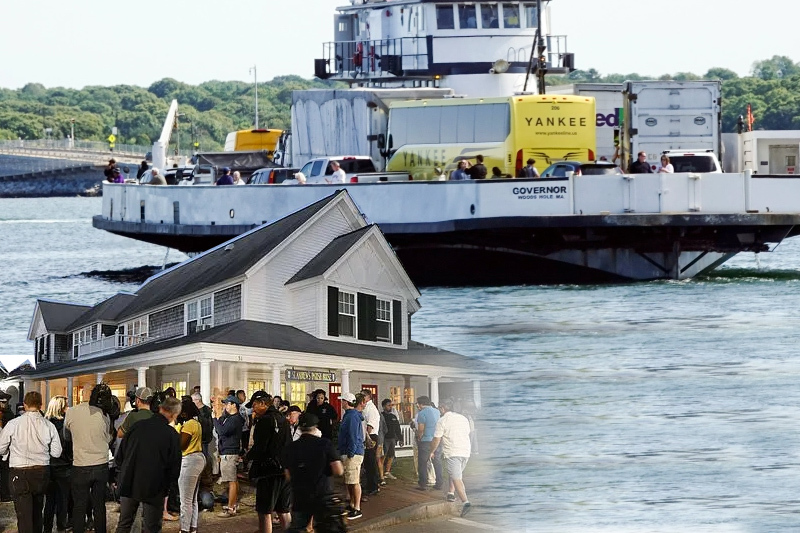 US – About 50 migrants, including about half a dozen children, boarded buses Friday to take the ferry to Cape Cod, where Massachusetts Gov. Charlie Baker said they would be temporarily housed at Joint Base Cape Cod.

Migrants who were brought to the wealthy US island of Martha’s Vineyard this week in what critics called a “brutal political stunt” by Republican lawmakers are being transferred to a military base, Massachusetts officials said.

“We are grateful to the providers, volunteers and local officials that stepped up on Martha’s Vineyard over the past few days to provide immediate services to these individuals,” the Republican governor said.

They will be provided with dormitory housing, food, and services, including medical care and access to counseling, Baker said in a statement, adding that 125 members of the National Guard will be deployed to assist in the relief effort.

The move left some residents of Martha’s Vineyard, who had volunteered to house the migrants in the church for two nights, in tears.

The migrants said they were recently admitted to the United States on an expedited release, known as humanitarian parole, after fleeing Venezuela and living in a shelter in San Antonio, Texas.

Rachel Self, a Boston-based immigration attorney who has provided legal assistance to some migrants, said they were lured onto planes under false pretenses.

“They were told there was a surprise present for them and that there would be jobs and housing waiting for them when they arrived,” Self told reporters at a press conference on Thursday.

Flights to Martha’s Vineyard follow the bus scheme of the Republican governors of Texas and Arizona, which has sent more than 10,000 migrants to the Democratic-controlled cities of Washington, D.C., New York, and Chicago since April.

On Thursday, Texas Gov. Greg Abbott sent two buses carrying about 100 migrants to the home of Vice President Kamala Harris in the US capital.

Immigration is a crucial issue for Republican voters. The party has sought to draw attention to the issue ahead of the November 8 midterm elections that will determine control of Congress and key governors.