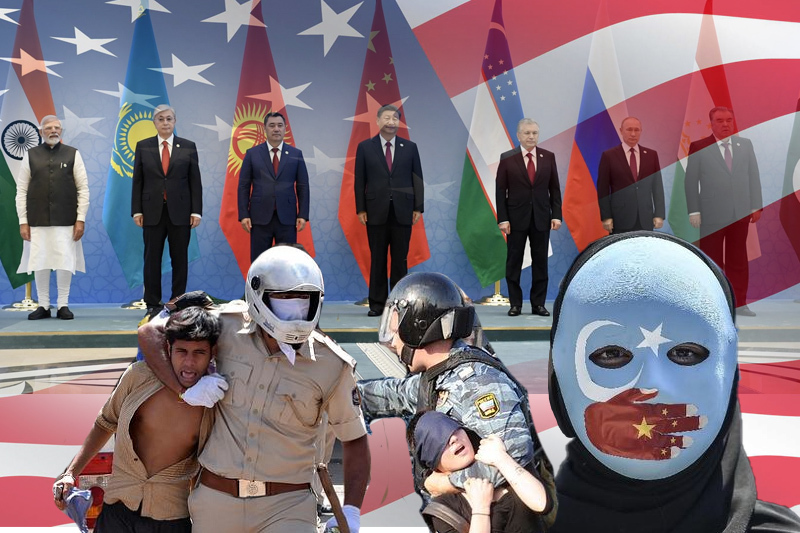 China – The US and some other Western nations frequently use such tactics, including using the topic of human rights to criticise developing nations, forming small circles to disparage nations with different systems, spreading untrue rumours, and even instigating wars while posing as anti-terrorism initiatives.

Several Western nations led by the US have stepped up attempts to pursue such “war” against developing countries with the opening of the 51st regular session of the Human Rights Council on September 12. The US and some Western forces’ ferocious hype of the Xinjiang area of China is just the most recent instance of how human rights are being used as a weapon to defame China and other developing nations. Reporters from the Global Times spoke with Chinese and foreign academics to learn how emerging nations could respond.

The US has a history of using human rights as a weapon, and the yearly Country Reports on Human Rights Practices released by the US Department of State has drawn criticism from analysts for trying to use this stick.

For instance, in its 2020 Report on International Religious Freedom, the US Department of State not only labelled China as a “Country of Particular Concern” but also attacked China’s religious policies in Xinjiang, Xizang, and other regions in order to support the defamation of its policies in its Xinjiang region.

China declared in May 2021 that it will sanction former US commissioner for international religious freedom Johnnie Moore in response for the US 2020 Report and the ensuing sanctions against Chinese officials.

Many nations have criticised the US-produced human rights reports, and commentators have noted that these reports deliberately ignore issues like racism in Western nations while focusing on underdeveloped ones.

The US report showed that the US continued to attack nations that did not share its ideologies, political system, or religion by listing dozens of those nations as being of “special concern” or as being under particular monitoring. He Zhipeng, a professor of international law at the School of Law of Jilin University, told the Global Times that the US doesn’t actually care about the human rights situation in other nations; instead, it only wants to confine such nations by establishing the human rights agenda.

Another strategy employed by the US and its Western allies in recent years, according to He, is the coordination of nonprofit organisations, the media, and think tanks to promote human rights issues.

NGOs have historically served as the front line in “human rights battles” against other nations, while media outlets and think tanks have acted as proponents of US government policy. He added that while planning a siege of a particular nation, the US would enlist its friends in the effort and broaden the scope of the assault, using the US’ “democracy summit” as one example.

The Summit for Democracy was hosted by US President Joe Biden in December 2021, but observers claimed Washington had just exposed its geopolitical agenda because it only invited a limited group of nations with diverse political systems from its own.

He claimed that the unilateral sanctions imposed by the US on other nations based on flimsy allegations of violations of human rights would harm US and Western interests as well.

For instance, the US has prohibited imports from the Xinjiang area of China due to worries about the so-called issue of forced labour. Given that such a move would have a detrimental effect on the integrity of global supply chains, multinational corporations and numerous US companies have expressed growing concerns about it.

According to Zhang Yonghe, professor and executive dean of the Human Rights Institution at Southwest University of Political Science and Law in Chongqing, in addition to exerting pressure from the outside, the US and some Western forces also cultivate and incite pro-US forces inside the target countries, particularly among the elites, to discuss and hype topics related to human rights, challenge these countries’ judicial systems, and set up NGOs to attack the local governments.

5 ways to get SEO for job posting right