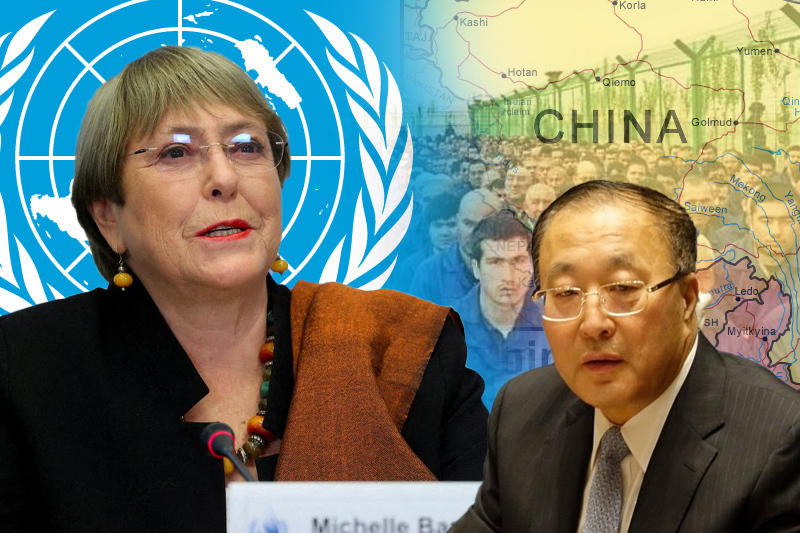 china’s envoy to the un urges people to visit

China – The permanent representative to the UN Office in Geneva invited people to travel to the infamous region to experience its purported beauty because he was worried about how the recent United Nations Human Rights report on China’s treatment of Uyghurs and other ethnic minorities in the Xinjiang region would affect the nation’s economy.

“The door is open for Xinjiang. At the opening ceremony for the photo exhibition held in Geneva, Chen Xu, China’s permanent representative to the UN Office in Geneva, welcomed visitors to come and experience Xinjiang’s beauty.

Representatives and senior diplomats from more than 30 nations attended a ceremony in Geneva on Monday for the photo exhibition “Xinjiang is a magnificent land.”

China has been under fire for its repressive measures against Uyghur Muslims, including transferring them to large-scale detention facilities, interfering with their religious practices, and subjecting community members to forceful re-education or indoctrination.

While allegations from journalists, NGOs, and former detainees have surfaced detailing the Chinese Communist Party’s ruthless crackdown on the ethnic minority, Beijing has angrily denied that it is violating the human rights of the Uyghurs in Xinjiang, according to a report.

Uyghurs and other Turkic minorities in the XUAR have come under increased pressure from Chinese authorities since 2017 through arbitrary arrests and protracted detentions. An estimated 1.8 million members of these groups were interned, some of whom suffered horrific human rights violations like torture, rape, and forced labour.

Meanwhile, recently published research has shown convincing proof that China is slowly exterminating the Uyghur population as a result of Beijing’s conviction that the group poses a threat to national security.

Erin Rosenberg, an attorney with expertise in international criminal law, and Adrian Zenz, a senior scholar in China studies, said in a piece for Foreign Policy that the five governments had deemed China’s treatment of Uyghurs to be genocide based on evidence of systematic suppression of births.

Based on published statements and reports from Chinese academics and authorities, Zenz presents thorough and convincing new evidence in an upcoming peer-reviewed article in the Central Asian Survey. The main takeaway is that China’s national security is at risk due to the Uyghur population as a whole.

In order to “optimise” ethnic population ratios for counterterrorism purposes, Beijing has started reducing Uyghur birth rates. Averting between 2.6 and 4.5 million births in southern Xijiang alone by 2040 would slow down population growth.