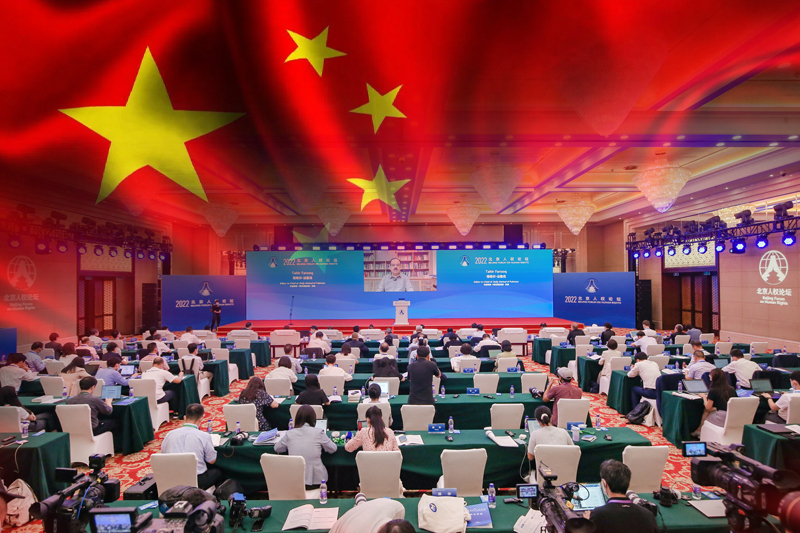 China – The 2022 Beijing Forum on Human Rights was recently hosted by the China Society for Human Rights Studies (CSHRS) and the China Foundation for Human Rights Development (CFHRD). About 200 senior officials, scholars, and diplomats from nearly 70 nations and international organisations, including the United Nations, attended the event and engaged in a frank and open discussion about the forum’s theme.

According to Padma Choling, president of the CSHRS and deputy chairman of the Standing Committee of the National People’s Congress (NPC), all nations should uphold the values of equality, mutual respect, tolerance, and establishing common ground while reserving differences in order to advance human rights.

The theme of this year’s forum, according to Huang Mengfu, chairman of the CFHRD, is in accordance with humanity’s shared desire to enhance and promote global human rights governance in the modern world.

Pluralism, autonomy, openness, and inclusivity should be upheld to jointly enrich the formats of human rights civilisation, according to Jiang Jianguo, executive vice president of the China Society for Human Rights Studies and vice chairman of the Committee on Ethnic and Religious Affairs of the National Committee of the Chinese People’s Political Consultative Conference (CPPCC).

Liberian House of Representatives Speaker Bhofal Chambers welcomed the Chinese government’s efforts to address international human rights issues, including its engagement in and support of the cause of defending the rights and interests of women and children in other nations. Former Economic and Business Policy of London director John Ross thought that China’s commitment to human rights had produced outstanding results in eradicating extreme poverty, defending the rights and interests of women, and protecting people’s right to life and health in the face of the COVID-19 pandemic.

The two recent efforts on global development and global security put up by the Chinese President Xi Jinping were warmly welcomed, according to Danilo Türk, a former president of Slovenia. There is no single development model that works for all nations, and improving international cooperation is necessary for the full realisation of the UN Sustainable Development Goals, according to Akmal Kholmatovich Saidov, first deputy speaker of the legislative chamber of the Oliy Majlis of Uzbekistan and director of the National Human Rights Center.

Alena Douhan, a special rapporteur for the UN on the adverse effects of unilateral coercive actions on the enjoyment of human rights, recommended strengthening the protection of vulnerable groups’ rights.

Nearly 70 senior executives, academics, and diplomats attended the event from international organisations like the United Nations.

The Beijing Conference on Human Rights, a world forum on human rights, was founded in 2008, and this year marks its tenth occasion. The Forum has developed into a crucial forum for intercultural dialogue in the area of human rights, offering insight and force to support the strong growth of the global human rights movement.