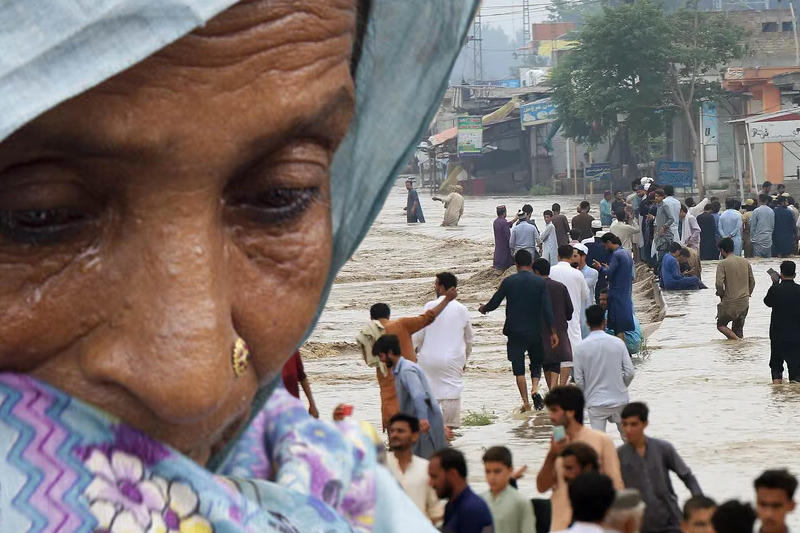 Pakistan – A woman and her unborn child died in the Khair district of flood-hit Pakistan because of a lack of medical assistance and relief supplies. The pregnant woman was not transported to the hospital due to floodwaters on the roads. The tragic incident took place in Akari village of Khairpur district.

The country is undergoing the worst of catastrophes due to unprecedented monsoon rains and floods. The crisis has affected the female population far more severely.

Reportedly, menstruating and pregnant women have no access to menstrual products amid heavy rain and floods. The flash floods have impacted 80 districts of the country. More than 949,700 dwellings have also been demolished because of floods. The floods have also washed away health facilities and maternal healthcare. Around 888 health facilities have been damaged due to excessive rain and flood. Pregnant women, particularly, poor women have nowhere to give birth safely.

UN Assistant Secretary-General, Asako Okai, also said that when disaster strikes, women and children suffer the most. According to UN Women, over 70 percent of women also suffer various forms of gender-based discrimination during times of conflict or humanitarian crises.

The World Health Organization (WHO) has also warned of significant public health threats, including the risk of water and vector-borne diseases.

6 Diversity Metrics You Should Measure