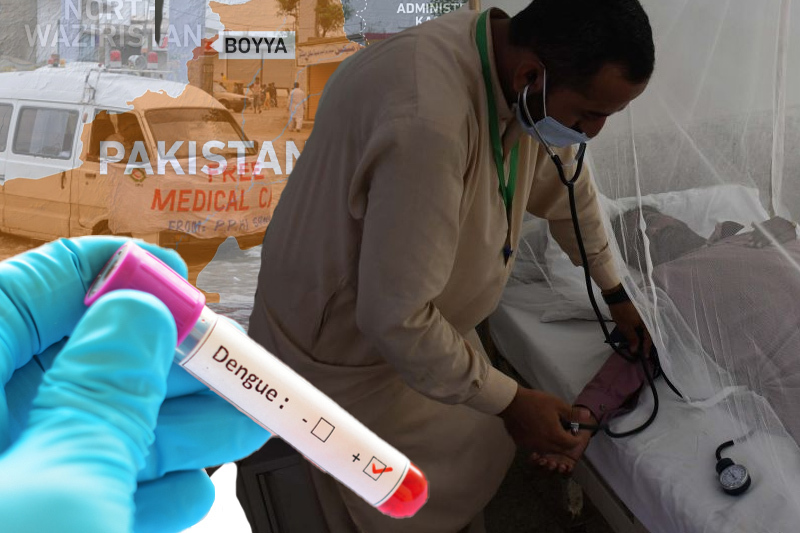 Pakistan – Thirty-three million people were affected by the flooding, which has killed about 1,500 people since mid-June. Pakistani health officials are warning of a looming health crisis in the country following recent devastating floods.

As rescue efforts and evacuations continue in parts of the country, health experts are reporting a surge in dengue, malaria and severe stomach infections. Many displaced people live near stagnant water. Dengue fever is already taking lives, and the number of cases is increasing every day.

Health officials in the southern province of Sindh have reported 3,830 cases of dengue fever, with at least nine deaths, but there are concerns that this could be a conservative estimate.

“Overall the situation in Sindh is very bad, we are organizing medical camps all over the province. Most of the cases we are seeing now are of dengue patients followed closely by malaria,” — Dr. Abdul Ghafoor Shoro, Secretary General of Pakistan Medical associations. “The dengue burden is the same all over the province and it’s increasing daily. When we checked with the laboratories, the suspected cases are around 80% of tests being done.”

It has been more than two months since the floods began, but across Pakistan, thousands of villages are still under water, forcing countless families to flee their homes. With roads in many remote communities still unusable due to water damage, some communities are forced to rely on mobile medical vans, but these are few and far between.

Hundreds of people set up makeshift tents on a small piece of land in Lalbag, one of the few places untouched by water. But even here the impact is felt. The land may be dry, but there is no food or clean drinking water. The situation is getting more desperate every day.

UN Secretary-General António Guterres expressed his concern during his visit to the flooded areas last week, where he met with families left with nothing. He described the world’s responsibility for helping Pakistan as a matter of fairness, not generosity, but how could he get richer countries to listen, I asked him.