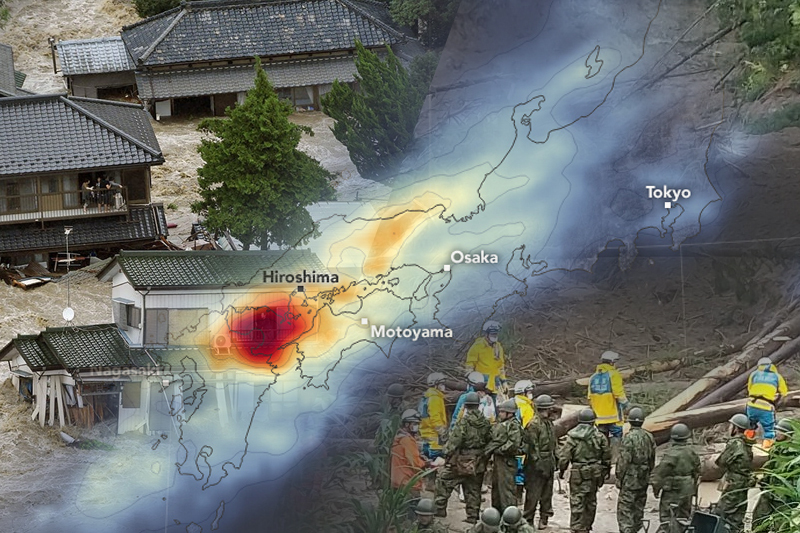 Japan – Typhoon Nanmadol has killed at least two people and injured 90 people after it hit the southern island of Kyushu on Sunday morning. Rescuers in Japan have warned of mudslides and flooding as one of the worst storms in decades hit the country. The super typhoon brought wind gusts up to 234 km/h (145 mph), destroying homes and disrupting transportation and businesses. This is equivalent to a Category 4 or 5 hurricane.

Nine million people have been ordered to evacuate and more than 350,000 homes have been cut off. Forecasts predict up to 400 mm (16 inches) of rain over the next 24 hours.

State broadcaster NHK said one person died when his car drowned in the flood and another died after being buried under a landslide. Another person is listed as missing, 87 people were injured.

Prime Minister Fumio Kishida has postponed a visit to New York, where he is due to deliver a speech at the UN General Assembly, until Tuesday to follow up on the aftermath of the hurricane.

The capital Tokyo has endured heavy rain and the Tozai subway line has been suspended due to flooding. Bullet trains, ferries and hundreds of flights were cancelled; shops and businesses closed. Local video footage shows roofs ripped off buildings and billboards overturned.

The storm is forecast to turn east and pass over Japan’s main island of Honshu before moving out to sea by Wednesday. Scientists have predicted an active hurricane season this year, driven by a natural phenomenon known as La Niña.

Rising sea surface temperatures in the Atlantic and Caribbean as a result of climate change may also affect the frequency and intensity of hurricanes.

It is worth recalling that Typhoon Muifa slowly drifted north on September 12 over the Ryukyu Islands. At that time, heavy rain had already hit Taiwan. A constant wind near the center of Muifa blew at a speed of about 140 km / h.