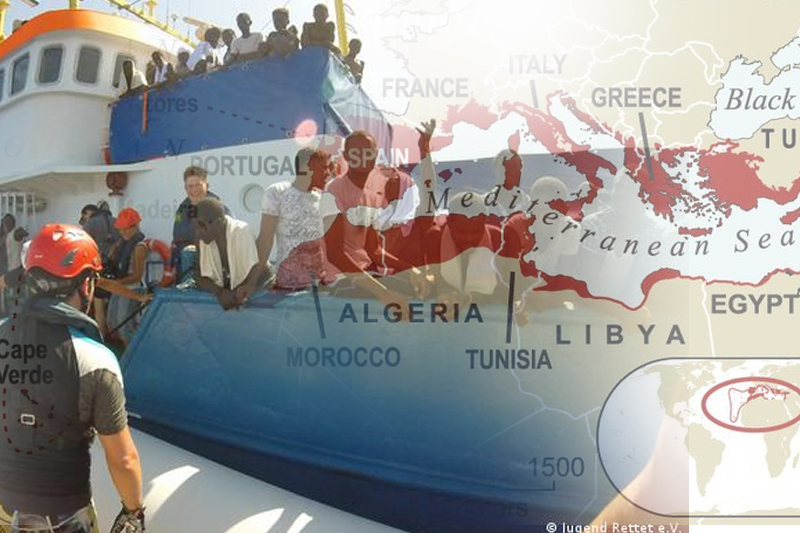 hundreds of migrants rescued from smugglers’ boats in mediterranean

Spain – The rescue vessel Open Arms Uno said it had lifted 372 people trying to cross the central Mediterranean to the European mainland in unseaworthy boats. They also rescued the body of a man shot dead by smugglers, officials said.

Over the weekend, a Spanish charity rescued hundreds of African and Syrian migrants from smuggling boats in the Mediterranean.

The ship has remained at sea and is now looking for a safe port to disembark rescued migrants, including those in need of medical attention and many suffering from dehydration, according to Open Arms spokeswoman Laura Lanuza, who said the NGO has made two requests to dock in Malta.

In just a day, the ship carried out three rescue operations. In the largest rescue operation, Open Arms lifted 294 people, mostly Egyptians, from an overcrowded barge in the waters south of Malta in a night operation that lasted almost five hours before dawn on Sunday. The survivors said they were at sea for four days.

The overcrowded ship was spotted by volunteer pilots combing the Mediterranean for people in distress, and the photograph shows its decks filled with people calling for help.

Before that, the organization “Open Arms” rescued 59 migrants from Syria, Egypt, Sudan, and Eritrea, including 10 minors, from an oil platform, which they entered in international waters near Tunisia. According to Lanuza, the smugglers’ flimsy boat still contained the wrapped body of a migrant who the smugglers had shot on the shore.

“The smugglers forced the people to take the corpse with them. They spent a day or so at sea, and kept the corpse until they were saved,’’ said Lanusa.

On Saturday morning, Arms Outstretched rescued 19 people from a rubber boat off the coast of Libya in international waters. Among them, 16 people from Syria. An Associated Press photographer aboard the Open Arms Uno said that desperate people threw themselves into the water during each rescue, making the operation more difficult.