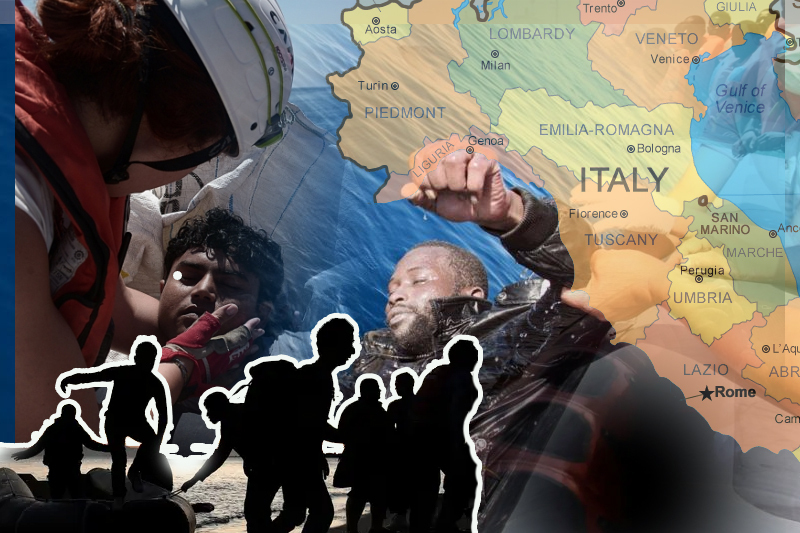 Italy – Six Syrian refugees, including two infants and a child, have been found dead on a migrant boat in Italy, according to the United Nations refugee agency.

The migrant boat arrived in the Sicilian port of Pozzallo in southern Italy. The UNHCR’s representative to Italy, Chiara Cardoletti, wrote on Twitter, “They died of thirst, hunger and severe burns. This is unacceptable.”

According to UNHCR, the dead were among a group of people who had been on the boat for days. They did not have anything to eat during those days. The two of the dead children were aged 1 or 2, while the other child was 12 years old. The authorities also found the bodies of a mother and a grandmother.

Reportedly, over thirty people attempted to cross the Mediterranean Sea in a makeshift boat. The authorities also found other people on the boat. The 26 survivors were reportedly shifted to the hospital in Pozzallo. A woman and her daughter were also airlifted from the boat to a hospital for treatment. Their health was badly affected. The authorities reportedly also revealed that around 250 migrants were in need of rescue off the coast of Malta, the central Mediterranean between Sicily and the North African coast.

Alarm Phone, a group running a hotline for migrants needing rescue, said that the migrant boat left Lebanon around a week ago. However, it ran out of fuel and people started suffering because of it. According to the group, the infants died due to thirst.

According to the UN agency, over 1,200 people died this year while trying to cross the Mediterranean and reach Europe. Many migrants have been rescued over the past couple of days in the Mediterranean by NGOs or humanitarian groups.

According to the European border and coast guard agency Frontex, migrants often use the central Mediterranean route.