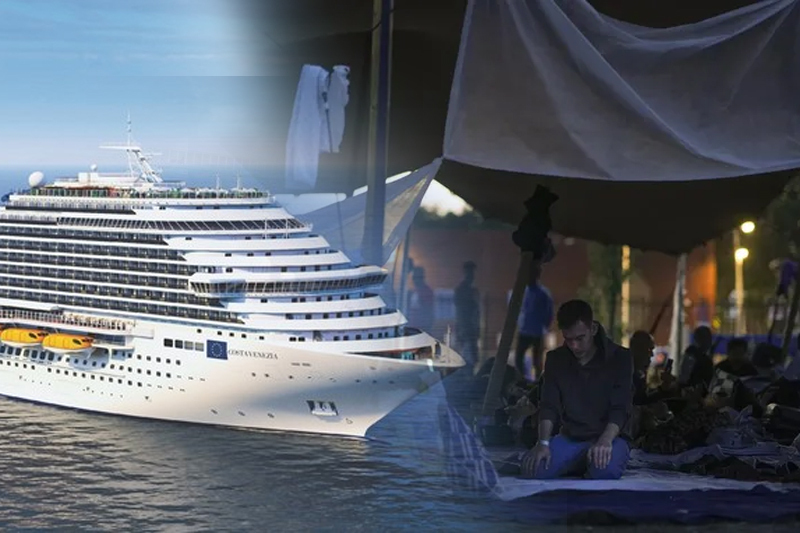 amsterdam to house migrants on cruise ship moored in port

Amsterdam – The capital of the Netherlands has become the second city to approve plans to accommodate migrants on a cruise ship.

Amsterdam authorities have approved a plan to temporarily house at least 1,000 migrants on a docked cruise ship. The ship will remain moored at the city’s port for at least six months from October 1, in accordance with an agreement with the central government allowing residents to leave and enter freely.

The Netherlands is aiming to end a housing crisis last week when about 700 asylum seekers slept outside in unsanitary conditions in a special reception center because there was no room for them inside.

Prime Minister Mark Rutte on Friday said he was ashamed of the situation at the asylum reception center in the remote northeastern village of Ter Apel, where 700 migrants were forced to sleep outside in unsanitary conditions because there was no room for them inside.

“The situation in Ter Apel is heartbreaking. Together we must solve the shortage of accommodation so that refugees can find a place,” said Amsterdam alderman Rutger Groot Wassink.

The cruise ship is a temporary short term solution. The Dutch government needs to work with municipalities to reform the country’s asylum system.

One of the causes of the crisis is the shortage of housing throughout the country. Once asylum seekers are granted refugee status, many cannot find a place to live and are forced to stay in refugee centres, which were only meant to temporarily accommodate people awaiting a decision on their asylum claims.