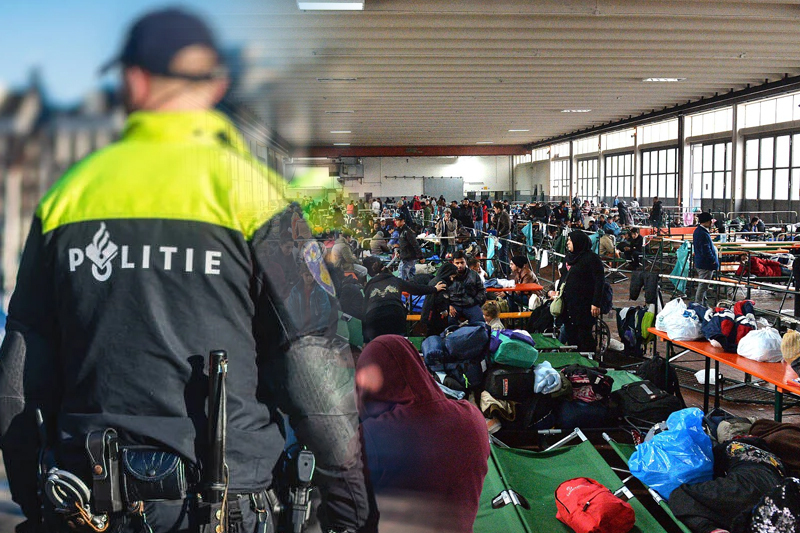 Netherland – In the northeastern village of Ter-Apel, a sports hall serves as a refuge for petitioners. A three-month-old baby died in this hall on Wednesday morning. Dutch authorities death of a child.

According to the health inspectorate, medical assistance was ineffective. The name, gender, and nationality of the child were not disclosed.

NGOs say the child lived in an overcrowded orphanage near Groningen and was kept in “inhuman conditions”.

“Inspectors from the youth services and the Ministry of Justice are investigating the death of the child, which occurred at a sports hall that serves as an emergency shelter,” the Dutch Justice Ministry said on Wednesday.

The inspectorate said it was investigating all possible aspects that could play a role in the child’s death. This includes checking whether medical care has been provided before, the availability of care at the center, and the living conditions there.

The child’s death comes as the Netherlands is facing an asylum crisis. Hundreds of people sleep outside the official reception center.

This is partly due to the fact that applications are not processed quickly enough, and asylum seekers cannot move to another place. In addition, there is an acute shortage of places for shelter throughout the country.

A number of Dutch legislators expressed their shock at the news, demanding urgent explanations from officials running the center.

Earlier, the Dutch Refugee Council sued the government over the central refugee center, alleging that up to 700 people slept outdoors in the facility.

The mayor of Groningen, Coen Schuyling, called on other Dutch cities to help reduce Ter Apel’s overcrowding and take in refugees. “We have reached a sad level in our country,” Schuiling said.

The humanitarian organization MSF reacted to the passing and demanded that living conditions, which are inhumane there, must be immediately improved.

The humanitarian organization urged the government in the meantime to act quickly and not leave people stranded at the gates of Ter Apel.