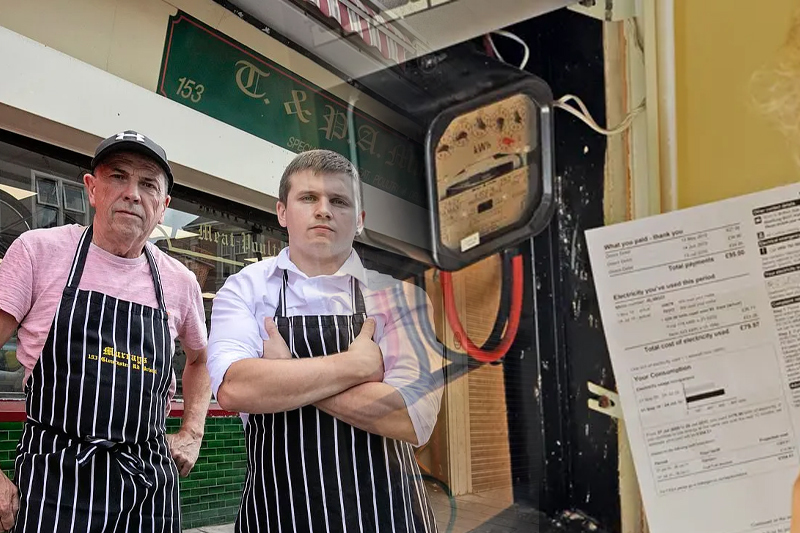 UK – The UK electricity bill has risen to unimaginably high levels. Because of this, thousands of small businesses across the country are facing the possibility of closing as electricity bills have risen to levels that many owners find difficult to pay.

Unlike residences, the company’s electricity rates are not capped, leaving some business owners facing bill increases of more than 350%.

Even before the increase in gas bills, chip shops had already been hit by Russia’s invasion of Ukraine, which has doubled the price of some types of fish and cooking oil. Meanwhile, due to the drought in the UK, potato prices have risen by 25%. Evans’ store is one of 10,500 stores across the UK, employing around 100,000 people and serving 182 million servings of fish and chips a year. He explains that his clients simply cannot afford such a huge price increase if they want to stay in business.

The industry is demanding help from the government, such as reducing the VAT rate, which was reduced to 5% during the Covid lockdown but has since returned to 20%.

Ian Ibbetson finds himself in a similar situation and is also weighed down by the prospect of rising electricity bills.

In the first year after acquiring the pub in September 2020, Ibbetson paid £9,000 for energy. By the time he arrived to renegotiate his contract last November, gas prices were already rising and so his bill more than doubled to £21,000. Soon his one-year contract was due to be renewed again, and he began calling energy suppliers, fearing that his costs would double again.

The 63-year-old is trying to attract more visitors with events like monthly comedy nights and live music on Sunday afternoons. But it’s hard not to notice the impact of the cost-of-living crisis, as regulars show up less often and there’s less walk-through shopping.