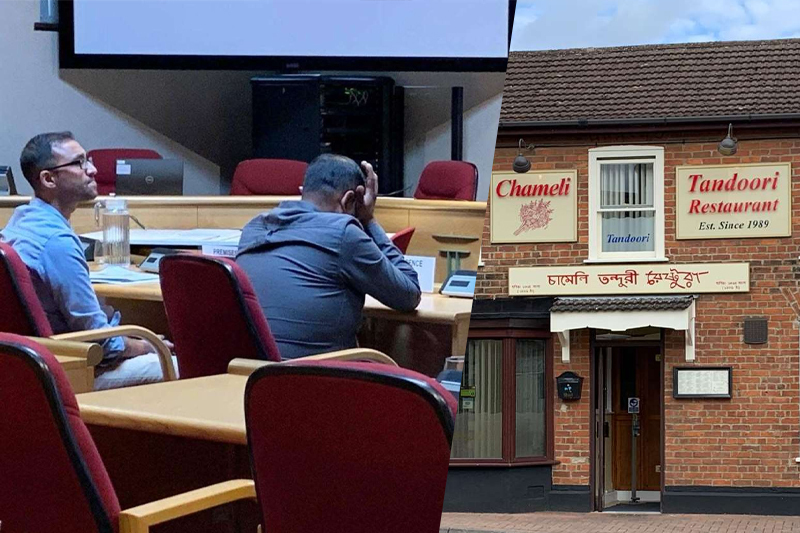 the owner of the restaurant admitted that he hired illegal workers

UK – An Indian restaurant owner in Lincolnshire said he hired illegal workers to keep them open after the Covid pandemic. Siddique Faoud Rahman of the Chameli Indian Tandoori restaurant in Holbeach appeared before the licensing committee on Tuesday.

Five of his employees were found without the necessary permits during an investigation in April. The committee said it was not satisfied that illegal personnel would no longer work on the premises and revoked its license.

When he appeared before the licensing committee of the South Holland District Council on Tuesday, Mr Rahman denied any involvement in “modern slavery” but told council members: “I’m going to put my hands up, yes, we employed illegal workers.”

He said that due to the Covid lockdown, his business has struggled to pay overhead and following the layoff scheme, a number of his workers have not returned. “I had to get some staff working, or I would have to close my business down,” he said.

Mr. Rahman added that workers were paid above the minimum wage, plus room and board…there was no modern-day slavery. They were loved and cared for like his family.

The Local Democracy Reporting Service said Mr. Rahman told councilors: “If this license is revoked then we will probably have to close down the business because we cannot survive.”

Sergeant Lee Cotton of Lincolnshire Police told the committee: “I appreciate the difficulties with the furlough scheme, but responsible businesses do not employ illegal workers. They take the necessary steps to employ legal workers.”

Revoking the license, the committee said the “calculated risk” taken by the business meant they “could not be satisfied the premises would never resort to employing illegal workers again if it faced difficult conditions.”

Councilor Paul Redgate said: “You keep saying you had no choice, everyone has a choice, you made the decision not to employ legal workers.”