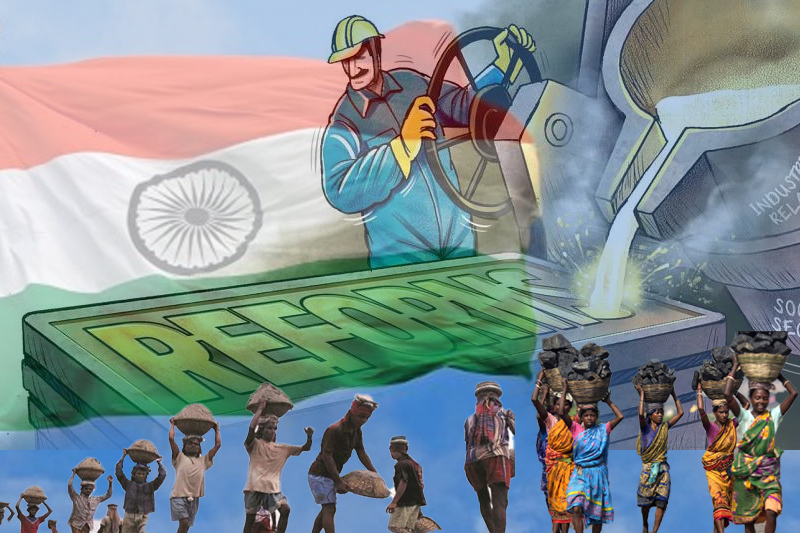 India – For the sake of workers employed in the unorganised sector, the Narendra Modi government would actively pursue the early implementation and announcement of the pending labour codes. But more significantly, the goal of the labour laws is to advance gender equality in the workplace.

The new labour standards seek to harmonise the laws across the nation, but states that want to put them into effect may be permitted to do so since they fall under the Concurrent List, which means that both state and federal governments have equal authority to enact laws.

Notably, 29 central laws will be replaced and consolidated by the four labour codes, which cover pay, labour relations, social security, and occupational safety, health, and working conditions. In essence, the four labour codes that were enacted in 2019 are meant to integrate the various regulations that are already in place. States must now create their own regulations for the four codes.

According to a previous PTI article, the administration is eager to adopt all four labour regulations simultaneously to ensure a smooth transition to the nation’s new legal system. That would be ideal, but a source with knowledge of the situation asked, “Why should states that are ready and willing to implement labour rules suffer as a result of others?”

India needs to have modern, well-organized, and transparent labour rules if it hopes to reach the $5 trillion economic threshold in the coming years.

Currently, both Indian and multinational corporations struggle with the complexity of state regulations.

New labour rules are essential, according to BJP national spokesperson Gopal Krishna Agarwal, in order to advance the industrial industry.

“The new regulations will raise income levels and give a lot of people in the nation jobs and social security. Once the new laws are in place, investments will also increase “Agarwal stated, adding that the Modi administration is currently concentrating on economic recovery.

Following the Covid pandemic lockdown in 2020, which had a negative impact on economic activity, several states—among them Uttar Pradesh, Maharashtra, Madhya Pradesh, and Gujarat—came forward to loosen labour restrictions. But they were only momentary in nature.