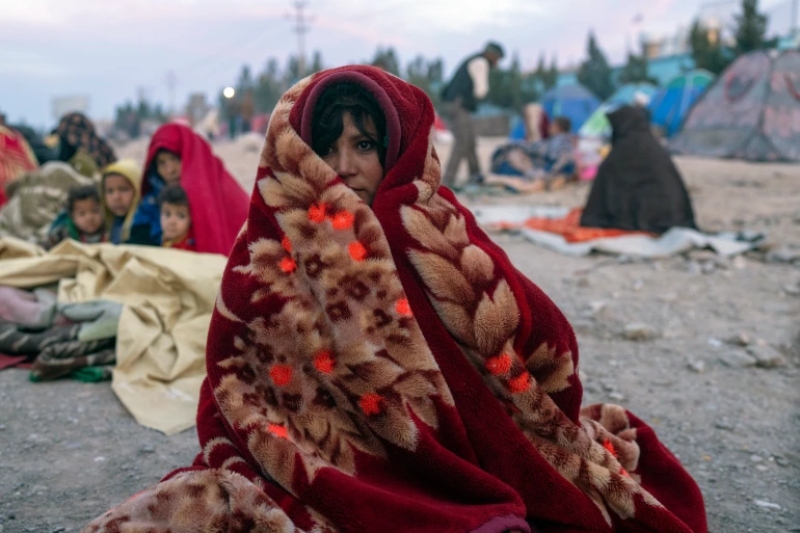 Afghanistan – is witnessing one of the worst humanitarian crisis of current times – the country is struggling under extreme hunger crisis. “Children in the provinces – they are only skin on bones now – and I’m afraid this is only going to get worse,” the director of an international humanitarian organization in Afghanistan told Human Rights Watch.

In Afghanistan, approximately 13,000 newborns have died since January 2022 from hunger related diseases and malnutrition. Furthermore, about 95 per cent of the population is struggling to meet the daily food requirement while 3.5 million children in the country urgently require nutritional support. The United Nations has accurately called the situation “a food insecurity and malnutrition crisis of unparalleled proportions.” In Helmand province of Afghanistan, at least 800 children are admitted in one hospital due to acute malnutrition. “Half of those we admit for critical care are also malnourished,” a doctor with Médecins Sans Frontières (Doctors Without Borders) reported.

It is true that many countries have extended humanitarian aid to Afghanistan and pledged to continue doing so on empathetic grounds, it cannot be ruled out that in long run this wouldn’t be sufficient. The country needs a functioning banking system to efficiently address the crisis in the long run. Majority of banks in Afghanistan are barely operating at present. Though United States and the World Bank have released millions of dollars in aid to Afghanistan, restrictions imposed on Afghanistan’s Central Bank are still posing a big hurdle in way of large transactions or withdrawals.

Furthermore, sanctions on Taliban, the governing power in Afghanistan, are deflecting international banks from doing business in the country. This is again a big problem for aid groups in delivering humanitarian assistance in country as they are unable to move in funds. Aid groups have shared that majority of times the payments are routinely blocked by banks due to sanctions.

Restoring Afghanistan’s Central Bank in turn can bolster aggressive rule of the Taliban, donors raise concerns. But this is more of an ‘unwanted need’ to help Afghans get all required aid, food and restoring of their lost rights.