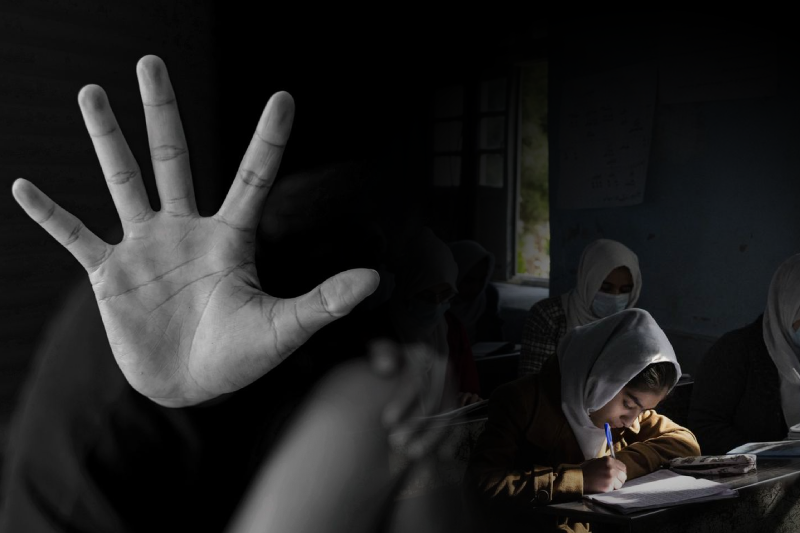 Afghanistan – Six months into Taliban rule, scores of Afghanistan girls stare at an uncertain future. They haven’t returned to school since August when Taliban entered Kabul and seized power of the country. Now they can just wonder will they ever be able to return to schools and colleges, and would they ever be able to take up a job – something that was an attainable goal before US troops retrieved from Afghanistan and Taliban quickly moved in.

The impact of this inhumane restriction is taking a toll over mental health of girls as they have been restrained within four walls of the house along with other restrictive laws against them. Kabul pharmacist Mohammed Mohibullah notes that though overall sale of sleeping pills and anti-depressants has gone down, the number female buying these medications has evidently increased. “Since the Taliban’s takeover, it has been mostly peaceful. The war has stopped and there have been fewer attacks. But what I’m noticing now is a sharp rise in women asking for antidepressants, stress relievers or sleeping pills, even without a specific prescription. They are under a lot of pressure. While many men tell me they feel more at ease compared to before, it is the opposite for women and girls.”

Medical professionals in the country too have noted that teenage girls are exhibiting depression signs and symptoms commonly now. “Afghans – especially girls who have been at home for the past months – are confronted with an even more uncertain future than before. For many, this has fostered stress and hopelessness, which has caused depression to rise. Many feel as if they have lost control of their dreams, goals – their lives,” says psychologist Rohullah Rezvani.

Muska, 15 year old ambitious girl who hasn’t left her home in Kabul since last August, one day wants to pursue a career in medical field. But she shares of having “lost hope”. “We always lived in fear of daily attacks, but for me, not going to school and not knowing what my future holds is still worse,” she says. “I was nearby several explosions, with one of them being a close call. It was scary, but I always had hope that the situation would eventually improve and that there could be a future where girls and women have equal rights and opportunities. The Taliban have robbed me of that hope,” she says.