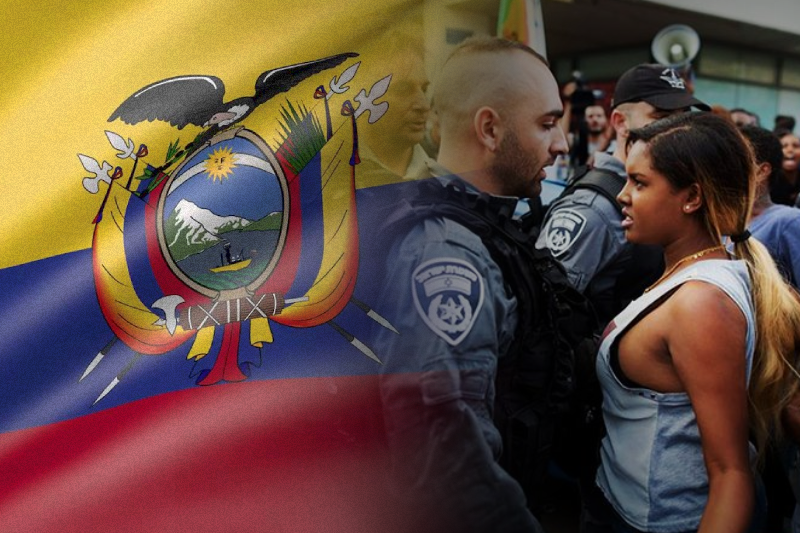 Ecuador – The global watchdog Human Rights Watch has said that Ecuadorian police had responded in a rather violent manner with excessive force to break up the peaceful protests on March 8, International Women’s Day. The Human Rights Watch said that the police had sued excessive force with a journalist was struck with a club. The peaceful protesters were indiscriminately attacked with tear gas and pepper spray.

Commemorating the International Women’s Day, hundreds of women in Ecuador came onto streets on March 8 demanding authorities to protect and guarantee the rights of women in Ecuador. According to Aldea, a women’s rights organization, the aim of protests was to raise awareness around widespread gender based violence in the country that had led to 28 femicide cases this year alone. Demonstrators also called for approval of a law by President Guillermo Lasso, that has already been passed by the Congress in February. This law would guarantee access to abortion for rape victims.

“President Lasso said on March 8 that his government is working to ensure the well-being of women and a more fair and equal society,” said Tamara Taraciuk Broner, acting Americas director at Human Rights Watch. “He should start by ensuring accountability for police abuses during the International Women’s Day marches.”

The violence on that day against protesters has been verified by the Human Rights Watch through dozens of social media protests and videos that were posted on Instagram, YouTube and Twitter from Quito and Guayaquil. Some videos and posts also showed use of pepper spray and tear gas against women protesters. Some reports were also published of police allegedly hitting the women protesters.

The national human rights secretary, Bernarda Ordóñez, has condemned the action by police and said that she stood in solidarity with women, calling for investigations into the action by police of Ecuador. No other state officials has criticized the use of excessive force by police.