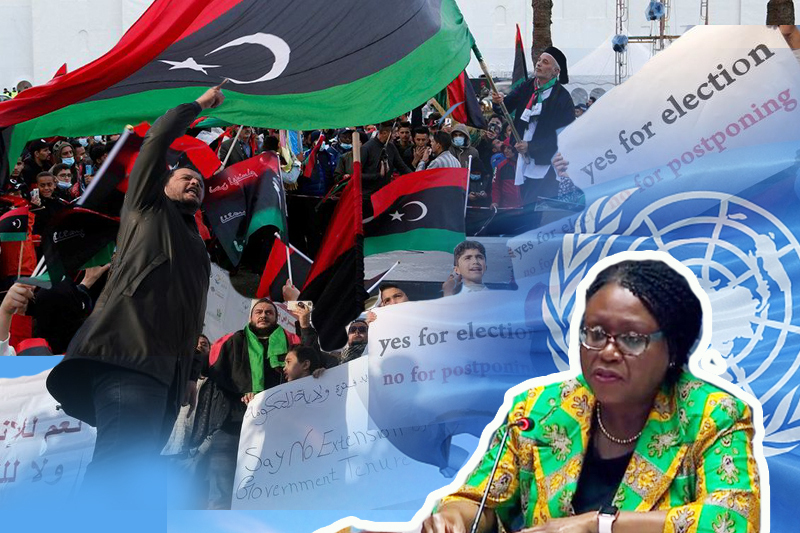 Libya – Even though little progress has been made, political and constitutional chaos has caused continued tensions, insecurity and resultant increased instances of human rights abuses in Libya. Martha Pobee, UN Assistant Secretary-General for Political Affairs and Peace Operations said while addressing the Security Council on Monday that the situation in Libya is “highly volatile”.

“The economic situation remains dire,” she continued. “We have witnessed demonstrations by frustrated Libyans over the lack of progress on elections and poor State services. In addition, the human rights situation in the country remains of serious concern”.

Little progress has been achieved towards country’s constitutional framework, but the disagreements over presidential candidacy remain. Across Libya, the people are expressing their frustration over political instability and rising future insecurity. “We urge Libya’s political actors to heed the call of their people, and to demonstrate responsible leadership by addressing their grievances,” said the senior UN official.

Divisions around the political scenario in Libya has triggered violence. UN News notes, “As armed groups rally behind their leaders, military activity has increased in the western region – power base of the internationally-recognized Government based in the capital – including on the eastern flank of Tripoli, Misrata and in the outskirts of Sirte.”

“We are deeply concerned about the armed clashes in Tripoli that took place on the night of 21 July and the skirmishes in Misrata on 23 July, between armed groups resulting in an unconfirmed number of civilian casualties,” Martha Pobee stated, calling for maintaining of the ceasefire.

Economic insecurity has adversely impacted the fundamental rights of the people of Libya to assess essentials like food, water, sanitation, education and healthcare. UN Support Mission in Libya (UNSMIL) has received reports that “medical facilities lacked surgical supplies and faced severe challenges from extended power cuts and lack of generator fuel; protestors have been arbitrarily arrested by armed groups; and serious allegations of torture have been made against Libyans, migrants, and asylum-seekers in detention facilities and prisons.”

The Assistant Secretary General has warned the authorities in Libya to “investigate all allegations of torture and other human rights violations…[and] those responsible must be held accountable”.