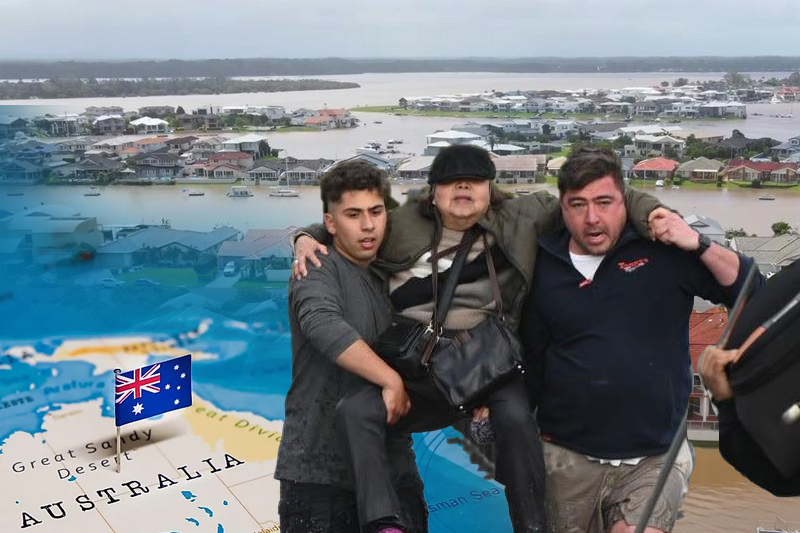 Australia – Parts of the country received four times more rain in just 24 hours than the October average. During the disaster, at least 500 houses were flooded, one person died and another went missing.

Residents in three Australian states have been ordered to evacuate due to heavy rains. Large-scale flooding in Australia caused by La Niña weather has killed more than 20 people this year.

Victoria, Australia’s second most populous state, has been hardest hit this week. Some communities have been ordered to evacuate, including those in the state capital Melbourne. The floods flooded roads, closed schools and cut power to 3,000 homes and businesses.

Prime Minister Daniel Andrews said the number of flooded homes “absolutely will continue to rise”, calling it one of the worst floods in the state in decades. “This has only just started, and it’s going to be with us for a while,” he told the Australian Broadcasting Corporation.

Many areas received massive amounts of rainfall in 24 hours, but the most rainfall was at Strathbogie, northeast of Melbourne. It received 220mm, more than double the city’s average October rainfall, or about a third of London’s average annual rainfall.

Several rivers also flooded in Tasmania after up to 400 mm of rain fell in some areas in 24 hours. It is not clear how many homes and businesses there were affected.

In New South Wales, about 600 people were ordered to evacuate the city of Forbes, where about 250 homes and businesses were expected to flood. One person died in the west of the state earlier this week after his car drowned in flood waters. Rescuers were also looking for a man who is believed to have been carried away under similar circumstances on Tuesday.

Floating holiday: what is it and why is it important