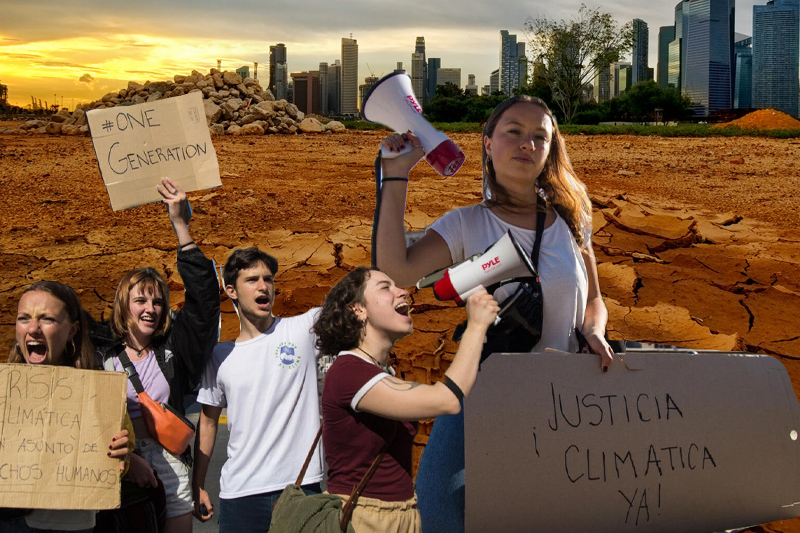 Global – Human rights to life, food, health, safe drinking water and sanitation, housing, self-determination, culture, work, and development are increasingly being impacted by climate change, especially for those who are already marginalised and at risk due to a number of factors including geography, gender, age, poverty, disability, and cultural or racial background.

Today’s young (ages 10 to 24) make up 1.8 billion people or 24% of the world’s population, and most reside in low- and middle-income nations that are highly vulnerable to climate change. Nearly all people under the age of 18 are subject to at least one climate stress, such as heatwaves, cyclones, air pollution, and flooding.

Adolescents and young people are leading the way in the development of a human rights-based approach (HRBA) to climate change in response to these negative effects and injustices. An HRBA calls for developing climate policies that prioritise the needs of those most susceptible to climate change and putting the operational principles of participation, equality, non-discrimination, accountability, and openness from human rights law into reality.

These operational tenets are being promoted by numerous young climate activists on a global, a national, and a local scale. In order to ensure equality and non-discrimination, the Fridays for Future movement, the Children and Youth Constituency of the United Nations Framework Convention on Climate Change (UNFCCC), and other youth-led movements are promoting the recognition and implementation of the rights of vulnerable population groups to participate in climate processes.

Recent significant victories, including the UN Resolutions recognising the human right to a clean, healthy, and sustainable environment and creating a new UN Youth Office, have confirmed the effectiveness of young people’s engagement.

In addition, the UNFCCC Conference of the Parties (COP) has arranged a second Youth4Climate event, reinforcing the institutional commitment to meaningful youth engagement. There is also a COP27 Youth Envoy and an official Children and Youth Pavilion at COP27 for the first time.