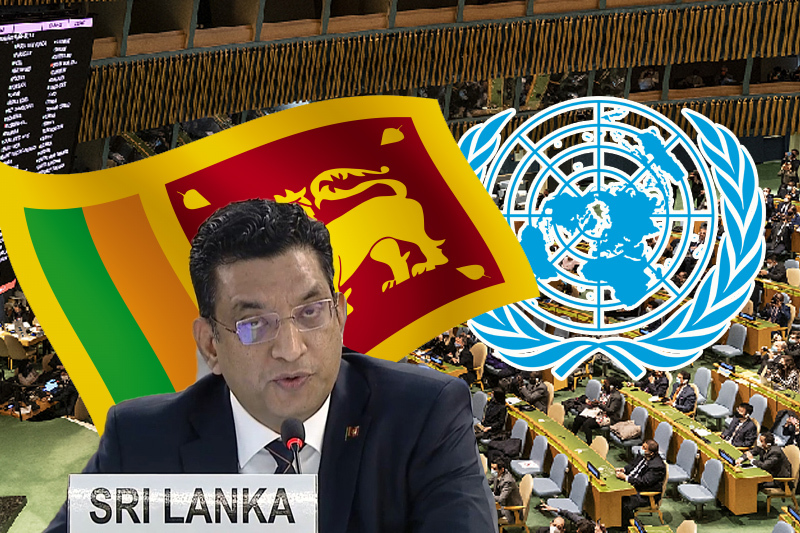 Ali Sabry, Sri Lanka’s minister of foreign affairs, spoke on behalf of his country as the one in question and urged the council members to vote against the resolution in order to reject it.

The Pakistani delegation requested a vote in favour of Sri Lanka’s stance opposing the resolution.

With 7 countries (Bolivia, China, Cuba, Eritrea, Pakistan, Uzbekistan, and Venezuela) voting against the resolution and 20 countries abstaining, the resolution was not supported by more than half of the Council’s members. The resolution received the support of 20 nations.

Before the voting, representatives of Pakistan, Brazil, China, Venezuela, Japan, and the Republic of Korea spoke out in favour of Sri Lanka.

Pakistan stated that they concur with Sri Lanka’s and other Member States’ concerns that the resolution is intrusive and that any sovereign state, let alone the Core Group, would find this level of inspection intolerable. They added that the resolution is unbalanced, out of proportion, inconsistent, and fails to acknowledge the dreadful terrorist crimes carried out by the LTTE and its backers. The Core Group made a decision that could make things worse rather than better at a time when Sri Lankans need signs of international solidarity and support to help them deal with their economic issues, which are not entirely of their own doing.

China lamented that the resolution was introduced without the agreement of the relevant nation, that it was the result of politicisation, and that it will in no way help Sri Lankans advance their human rights. China emphasised that the Council’s work should be governed by its fundamental principles and that all parties should encourage sincere communication and teamwork while avoiding the use of double standards.

China disapproved of the practice of invading internal affairs and undermining the sovereignty of other nations using the guise of human rights.