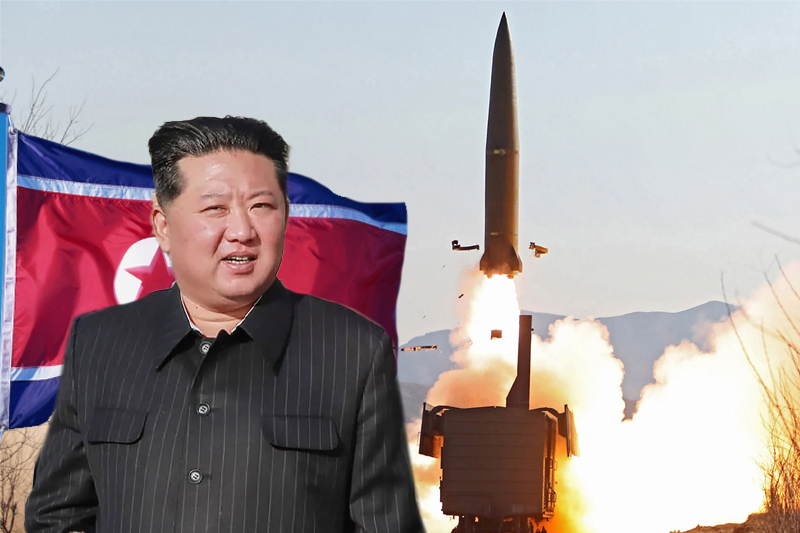 North Korea – North Korea on Friday fired two short-range ballistic missiles into waters off the east coast of the Korean Peninsula, according to the South Korean military, raising tensions in the region. The rockets were fired from Tongchon County in North Korea’s eastern Gangwon province between 11:59 and 12:18. local time and flew about 230 kilometers (143 miles) at an altitude of about 24 kilometers (15 miles), according to a statement from South Korea’s Joint Chiefs of Staff (JCS).

The test was a “serious provocation” threatening peace and stability on the peninsula and a “clear violation” of UN Security Council resolutions banning North Korean ballistic missile launches, the JCS said, adding that they were working with the United States. The states will monitor the movements of North Korea.

The US military said it was aware of a North Korean launch that “poses no immediate threat to US personnel or territory or our allies,” the US Indo-Pacific Command said in a statement.

Friday’s launch was North Korea’s 28th this year, according to CNN’s reckoning, and it comes as South Korea completes its Hoguk military exercise, a joint amphibious operation by the South Korean navy, marine corps, and air force.

Earlier this month, North Korean state media broke a six-month silence on this year’s series of missile tests, saying they were meant to demonstrate Pyongyang’s readiness to fire tactical nuclear warheads at potential targets in the south.

The aggressive acceleration of weapons testing has caused alarm in the region, and the US, South Korea and Japan have responded with missile launches and joint military exercises.

According to the South Korean Air Force, next week South Korea will hold a large-scale joint US Air Force exercise involving the US F-35B stealth aircraft.

Previously, experts have reported that North Korean leader Kim Jong-un may have sent a signal by deliberately demonstrating the national arsenal at a time of escalating global conflict.

South Korean and US officials have been warning since May that North Korea may be preparing for a seventh nuclear test — the first since 2017 — with satellite imagery showing activity at its underground nuclear test site.