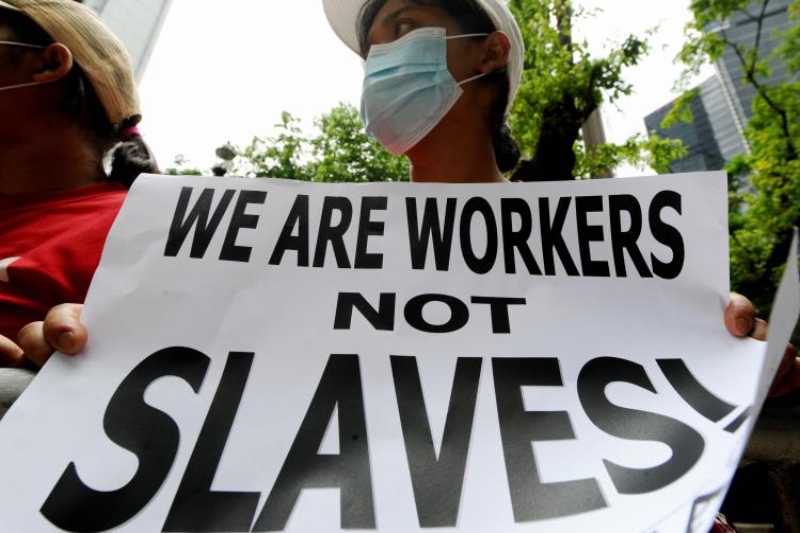 Domestic workers in Pakistan’s Lahore are accustomed to extreme abuse, physical and verbal, at the hands of their employers on meagre issues like spilling milk. Samina Farooq asks, “Bibis [female employers] beat us for dropping milk on the floor or deduct a portion of our salary if we mistakenly burn a piece of cloth when ironing. Are we not humans? Can’t we make mistakes?”

According to International Labor Organization (ILO), Pakistan has over 8.5 million domestic workers, including women and children. The cruelty by employers is not new – last year an 8 year old girl was beaten to death in Rawalpindi by her employers as she mistakenly let their parrots escape.

Human rights workers and activists have been raising voice against often high profile abuse of domestic workers taking place behind closed doors. These workers are without any protection and benefits, and extremely vulnerable.

In 2019, Pakistan’s most populated province of Punjab passed a law that barred child labor in households and provided social security to all domestic staff. But the Domestic Workers Act hasn’t been able to provide the much required protection to domestic workers, primarily due to stiff resistance from employers, lax government and also tolerance from domestic workers. Majority of workers are still hired informally with no working hours limits. Elaine Alam, secretary general of FACES Pakistan, a nonprofit rights group, says, “They employ domestic workers themselves and didn’t want to be held accountable for how much they pay their workers or what conditions they keep them in.”

Activists have also noted that female domestic workers are often hired for one job and then ordered to do more. They are paid less than male workers for jobs like cooking. “The patriarchal nature of our society exploits and benefits from these workers being females,” says Ume Laila Azhar, director HomeNet Pakistan, an advocacy organization for domestic and home-based workers.

Ms. Azhar says that unless the mindset of employers is changed, domestic worker abuse cannot be put to an end. There is also hesitance from domestic workers to become part of registered workforce, as per the 2019 law. The reason cited is they aren’t sure if they want to be under contract with one household. “There is also reluctance from the side of domestic housekeepers for they fear that instead of being able to work at multiple houses and make extra money, they might be restricted to one house with certain hours. They don’t understand how this bill will apply to them, so they fear the unknown,” says Ms. Alam, of FACES Pakistan.