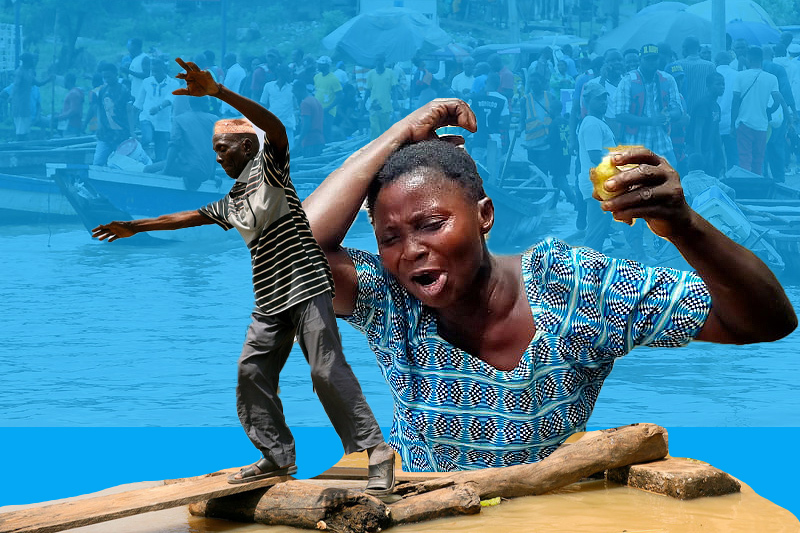 Nigeria – The country’s Ministry of Humanitarian Aid said Wednesday that more than 1.4 million people have been displaced and about 500 people have died in one of Nigeria’s worst floods in a decade.

As of Tuesday, “more than 1.4 million people have been displaced, about 500 people have died, 790,254 people have fled their places and 1,546 people have been injured,” said Nasir Sani-Gwarzo, permanent secretary of the Ministry of Humanitarian Affairs. Governance and social development, in a statement.

The latest data show a significant increase in the number of victims and displaced people as a result of devastating flooding in Nigeria this year. Last month, the country’s National Emergency Management Agency (NEMA) reported that at least 300 people have died and more than 100,000 people have been forced to flee their homes since the start of the rainy season.

Last week, 76 people drowned in the southeastern state of Anambra when their boat capsized as they tried to escape flood waters. It was previously reported that six people, including a toddler, died in the neighboring north-central state of Kogi, where its hardest-hit district of Ibaji was completely flooded in the midst of flooding that began in late September. In some parts of Koga and Anambra, the floods reached the height of the roofs.

Speaking to reporters on Wednesday, Kogi State Governor Alhaji Yahaya Bello said, “The flooding in Kogi State is greater than any flood anywhere else.” He added that the reason for the higher level of flooding is due to the confluence of two large rivers – Niger and Benue – in the state of Kogi. Bello called for federal and international flood control and relief assistance, stating, “I call on the federal government, I call on President [Muhammad] Buhari, I call on the World Bank and all other donor agencies to come to our aid.”