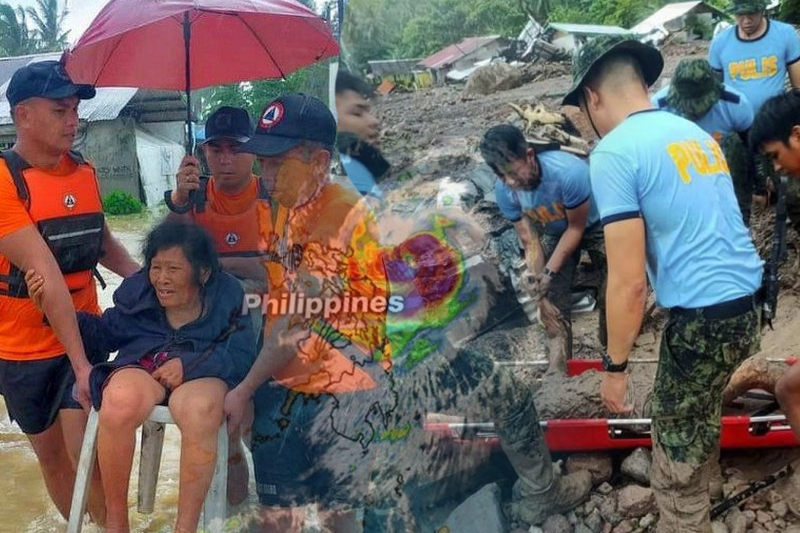 Philippines – A severe tropical storm has killed at least 45 people in the Philippines, causing flooding and mudslides in southern provinces, officials said. Storm Nalgae caused the most devastation in the province of Maguindanao on the island of Mindanao. Severe flooding occurred in the city of Cotabato and its environs.

Nalgae races north, where heavy rains await the capital city of Manila. Rescuers pulled many bodies out of the thick mud after the landslides. Storm wind gusts reach 95 km/h.

Heavy rain began on Thursday and the storm is expected to peak this weekend. The storm also forced the closure of some schools and the suspension of buses. Earlier Saturday, officials gave the death toll at 72, but it was revised down.

The Philippines experiences 20 typhoons or tropical storms annually. They come from the Pacific Ocean and Nalgae is not particularly strong, however it is very large, covers most of the country and is very humid.

Some areas recorded the highest amount of precipitation per day. Flash floods and landslides are always one of the biggest hazards in the Philippines with its unstable geographic location and deforested mountains.

Warnings have been issued about possible landslides on the slopes of the largest volcanoes. Emergency services are doing a good job of responding to severe storms, but massive volumes of water have made it difficult to rescue stranded people.