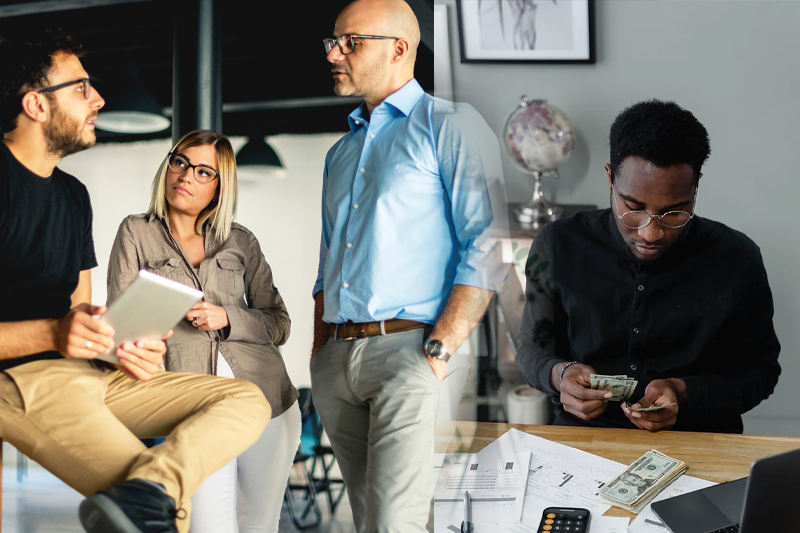 the salary ignorance that keeps many workers underpaid

Global – For many people, the desire to get a big salary is the main motivating factor when looking for a new job. While this isn’t the only consideration, if you can make more money doing the same job elsewhere, it’s worth at least exploring your options. But for this, you first need to believe in the possibility of getting more for the same job.

According to a recent study, most people vastly underestimate how much people earn in similar jobs elsewhere. The researchers argue that this deters people from seeking higher-paying jobs or higher pay for their current role, and that it especially disadvantages those earning the lowest wages. They suggest that if workers were more aware of wage inequality, at least 10% of low-wage jobs would simply not be viable at current wage rates.

What exactly keeps us from believing that the grass might be greener on the other side?

While people are increasingly aware of the benefits of wage transparency, especially as a means of narrowing the gender pay gap, we remain generally reluctant to talk about pay openly. There are also good reasons why people don’t look up salary information. However, it is clear that in many cases it would be in our best interest to be more informed about wages. With workers in greater demand than ever amid the turmoil caused by the pandemic, a little more interest in wages could very well pay dividends.

Why We Don’t Do More Research

The study did not look at why people were so ill-informed about wage levels elsewhere. But research shows that while most employees want more pay information to make better choices, they’re actually very reluctant to share or request that information themselves.

In one study of a large international financial company, for example, 89% of respondents said they would be uncomfortable asking a colleague how much they earn, and 38% would not share their salary even if they were paid a small bonus for their work. so.

Workers with the upper hand?

Overall, however, Montag-Smit has seen a “slow trend” towards greater payroll transparency in recent years. “Even the idea of ​​sharing things like the median salary or the highest paid employee wasn’t really something that HR departments would have been talking about 10 years ago,” she says. “But now it seems much more normal.”

This is partly due to the proliferation of sites such as Glassdoor, where people anonymously share their salary data. Montag-Smith says the workers “used it to their advantage” and approached wage negotiations with at least some awareness of their market value. She also adds that there appears to be a generational shift, and her research shows that “younger people are more likely to both seek and share wage information,” a trend she expects to continue.