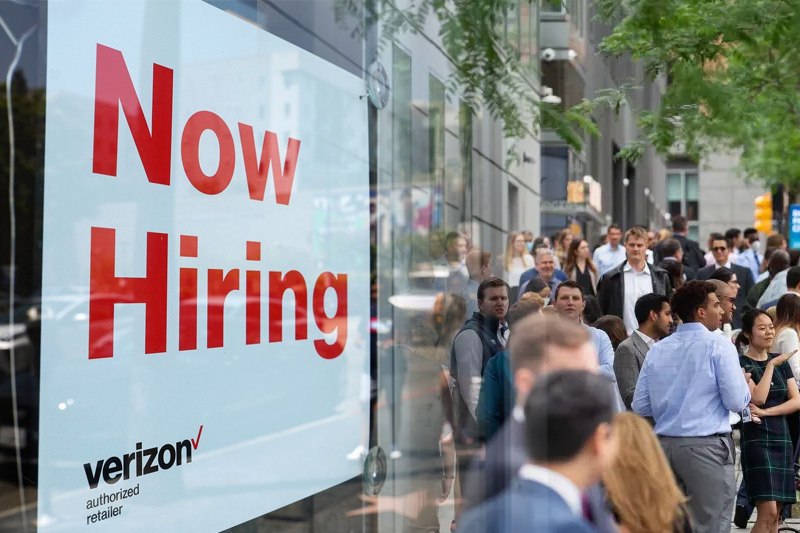 US – The United States (US) added 528,000 new jobs to the economy in July, showing a booming labour market. The unemployment rate also fell to 3.5 percent, according to the Bureau of Labor Statistics (BLS).

The BLS in its latest nonfarm payrolls report stated that the job creation in the US surged past economists’ forecasts in July of 250,000. Economic experts surveyed by Bloomberg anticipated a gain of only 250,000 payrolls. However, the labour market overpowered higher interest rates and elevated inflation.

Which sector has the highest number of jobs?

Leisure and hospitality led the way in job growth in the United States by adding 96,000 new jobs. Restaurants and bars added 74,000 new payrolls. Experts claim that this sector will continue to add more jobs in the future.

The larger-than-expected increases in overall payrolls signal that the Federal Reserve System will keep increasing rates higher to balance out the labour market. The Fed raised rates by 0.75 percentage points in late July amid high inflation.

The employment-to-population ratio in the US remained unchanged at 60 percent. Labour force participation also remained considerably below its pre-pandemic level of 63.4 percent recorded in February 2020. Reportedly, some 58 million Americans are not in the workforce. Companies need labour force participation to balance out companies’ massive demand for new employees.

Also Read: What companies are in the consumer services field

Reportedly, wage growth remained below the annual inflation rate of 9.1 percent, indicating a decline in real wages and a loss of consumer purchasing power.