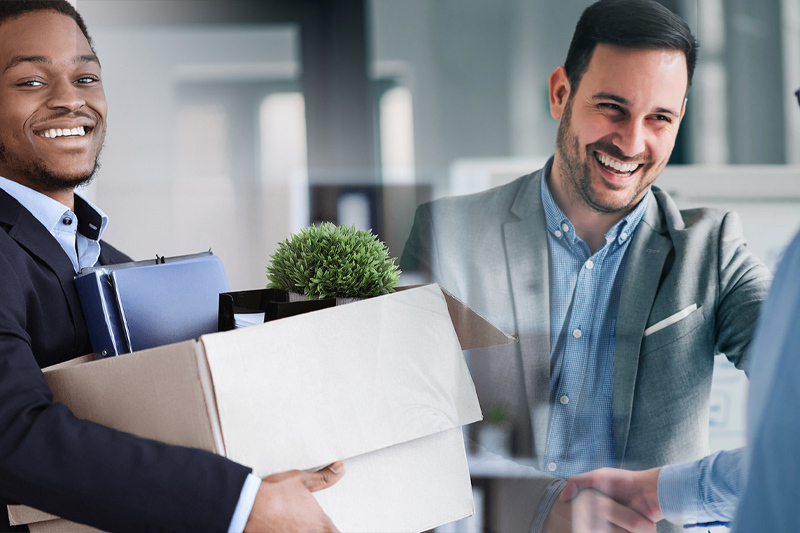 the case for job hopping

Global – Workers who eschew traditional career climbing and instead jump from one role to another are often criticized; This has its own logical explanation, for example, in the 1970s, changing jobs was compared to vagrancy. Thus, this practice has received a bad reputation in many circles; from recruiters and executives, and from older workers for whom the accumulation of career capital has been a hallmark of professional life.

But these stereotypes are outdated. In a tough job market and an environment where companies show less and less employee loyalty, many of those who change jobs are reaping the rewards of big pay raises and much faster career advancement. More and more people often change their place and company of work, moving faster along the carer ladder. So maybe the time of stable work for one company has already gone?

For past generations, the tacit contract meant that companies would reward loyalty with progress and pay. However, this arrangement began to break down over time. More and more workers began to feel disposable, and their jobs could be eliminated at any time. And then strategic labor market moves became more common.

In the 1990s a new mentality was formed: job change. “Instead of letting their progress be dictated by one employer, many workers have felt able to actively manage their own careers, moving between companies as needed to get promoted, learn new skills, or explore new opportunities,” explains Christopher Lake, assistant professor of management at the University of Alaska Anchorage, US.

Of late, the once-a-year job change has flourished, and much of this movement is led by young workers. Employees under the age of 34 are the most likely to change jobs, according to the U.S. Bureau of Labor Statistics (an average of 1.3 years for employees aged 20 to 24 in January 2020 compared to 4.9 years for employees aged 20 to 24). 35 to 44 years).

In a February 2022 LinkedIn study of more than 20,000 US workers, 25% of Gen Zers and 23% of millennials said they hope or plan to leave their current employers within the next six months.

In many cases, when employees change jobs, they effectively move up the career ladder. A job changer is likely to have a richer experience, resulting in a wider choice of jobs and companies available to them.

However, job changes often come with a stigma attached to older and more senior hiring managers. The stigma can be related to the generational divide: those who have spent decades in the company and reached the top of the career ladder are often key decision makers.

Changing jobs more often or staying at the same job for decades is an individual choice for everyone. And what are you choosing?