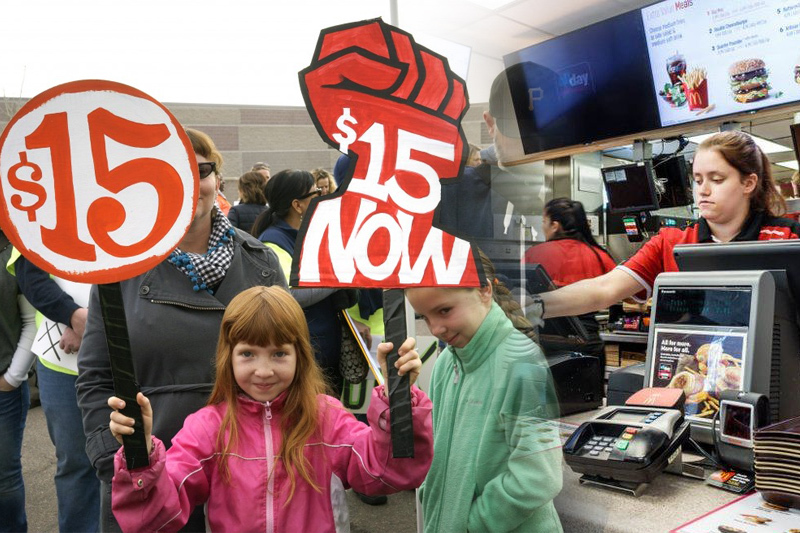 US – “Wage growth is still very hot,” Daniel Zhao, lead economist at Glassdoor, told Insider, with average earnings standing at $32.27 an hour in July. In July, the increase in workers was large, and in June they earned more than expected.

That’s according to the latest Bureau of Labor Statistics data on the US employment situation, which showed that the average hourly wage increased 15 cents in July after increasing 14 cents in June.

Nick Bunker, director of economic research at Indeed Hiring Lab, said nominal wage growth is still pretty strong, adding, “there’s some thought that maybe it might decelerate a little bit, but we haven’t seen that yet.”

The average annual wage growth for private employees was 5.2% in both June and July.

But inflationary pressures keep workers from seeing this increase, and so they don’t feel like their wallets are growing. This year, inflation has been even higher than wage growth, and with prices soaring, the purchasing power of most workers has declined.

Wage growth varies by industry, with some of them seeing more than 5% year-on-year growth in July, such as construction and utilities.

In the leisure and hospitality industry, wage growth was 8.7% in July compared to the same period last year. The education and health sectors also saw significant annual wage growth of 6.0%.

But not all sectors are seeing the same rate of wage growth. Bunker tweeted, accompanying a chart that only shows the earnings of manufacturing workers using three months of annual data, that “the slowdown in wage gains for lower-wage industries continues.”

In addition, the central bank continues to fight inflation instead of the growth that occurred in July.