US embassy in Fiji issues 100,000 USD relief fund to support the state hit by Cyclone Yasa 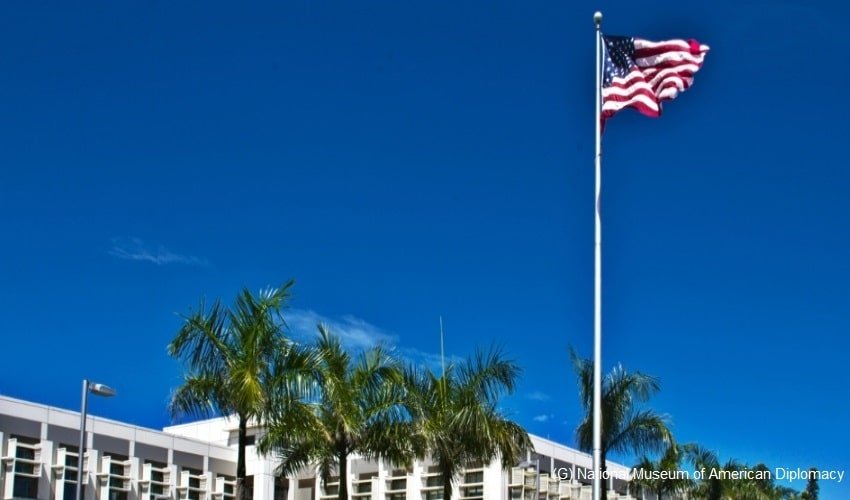 The fund announced on Monday was the second relief fund of USAID international Disaster Assistance sent to Fiji this year.

In order to support Fiji, which has been hit by Tropical Cyclone Yasa, US Ambassador to the state, Joseph Cella announced the issuance of US$100,000 (FJD$204,550) as a International Disaster Assistance. The relief fund was issued by the US Agency for International Development’s Bureau for Humanitarian Assistance (USAID/BHA). As per the reports the funds would be used to support a humanitarian program launched to help and meet basic needs of people battling the cyclone. It included providing shelter, water, hygiene, and other critical needs of the communities impacted by Tropical Cyclone Yasa, which is believed to be the most powerful storms to ever hit Fiji.

This was one of the strongest storms to hit Fiji and it has caused incredible damage. We are pleased to announce this rapid assistance of US$100,000 to help Fijians, especially those on Vanua Levu, quickly recover. I am pleased to bring this support to fortify our bridges of friendship and prosperity at this difficult time.

US Ambassador to the state, Joseph Cella

The cyclone first hit the Vanua Levu Island, on December 17. Soon the authorities evacuated over 23,000 people from the island and nearby places. But still the sustained wind speed of 132 mph and higher gusts of up to 215 mph, claimed several lives and destroyed various homes and buildings. The damage also included destruction of crops, power cuts, and heavy flooding of the region.

It is great working with my @USEmbassySuva and @usaid @USAIDSavesLives colleagues to build and fortify bridges to our Fijian brothers and sisters during their hour of need. Integral to this are our partners, who are always among the first on the front lines: @FijiRedCross @ifrc! https://t.co/T8Wp0a7nC0

The fund announced on Monday was the second relief fund of USAID international Disaster Assistance sent to Fiji this year. The first relief aid of US$100,000 was sent in April to assist the communities recovering from the impact of Tropical Cyclone Harold. In order to distribute the aid, USAID/BHA tied-up with local partners which helped it in disbursement of the funds in the most effective manner. Among USAID’s partners is International Federation of the Red Cross, which provides training to volunteers and support community disaster response committees. Due to the support form the  USAID’s program, the Red Cross could provide relief supplies in advance throughout Fiji and send about 150 volunteers across the effected areas to serve as first-responders ahead of Tropical Cyclone Yasa. USAID also partnered with Field Ready to collaborate with local manufacturers to produce emergency equipments such as foot-operated handwashing stations and portable toilets, to help people in keeping themselves save and protected from other diseases, besides coronavirus.