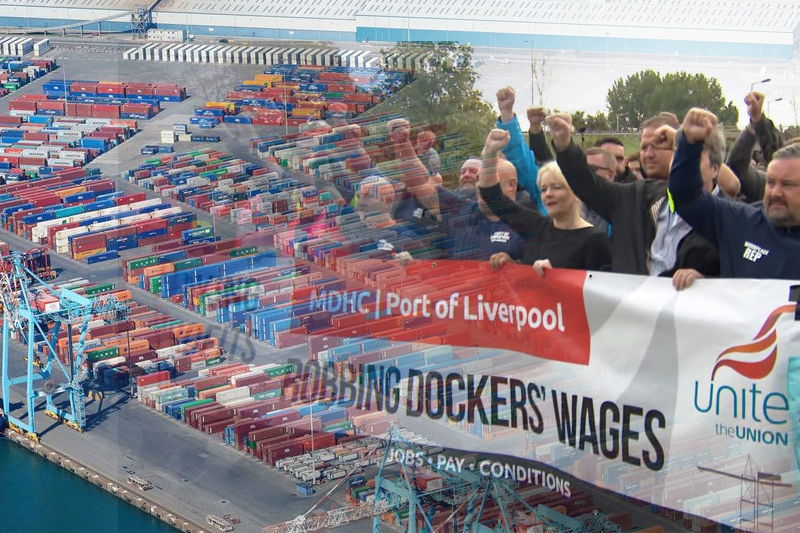 UK – Nearly 600 Liverpool port workers will leave again between 24 October and 7 November, according to Unite. Dock workers said they would go on strike for another two weeks over wages and jobs. The offer from port owner Peel Ports was worth about 8.2%, he said, and real wages were cut due to inflation.

The firm, which was considering layoffs, said it was “disappointed” as its offer costs more than 10% “more than any UK port”. It said the sacking consultation process announced last week at the port was “highly regrettable” but inevitable due to economic pressures.

Some 600 workers in the container division are currently on strike until 17 October.

Unity said that Peel should “put a proper offer on the table”. Sharon Graham, General Secretary of Unite, said: “Peel Holdings is extremely profitable and can afford to pay our members proper pay increases. Instead of negotiations to resolve this dispute, the company has chosen to threaten jobs and repeatedly mislead about the deal it has tabled.” She said the members “stand strong,” adding, “The company must offer a pay raise that they can accept, or this strike will continue.”

David Hack, chief operating officer of Peel Ports, said: “Unite’s decision to go on another two-week strike amid a sharp decline in container volumes is completely doomed to failure. The union’s refusal to allow an independent postal ballot of the whole workforce on our final 10.2% pay increase is very telling. This pay offer is greater than that of any UK port and we are disappointed they are resorting to the old fashioned, mass meeting show-of-hands, when we believe every single worker deserves the chance to have their say, without undue influence.”