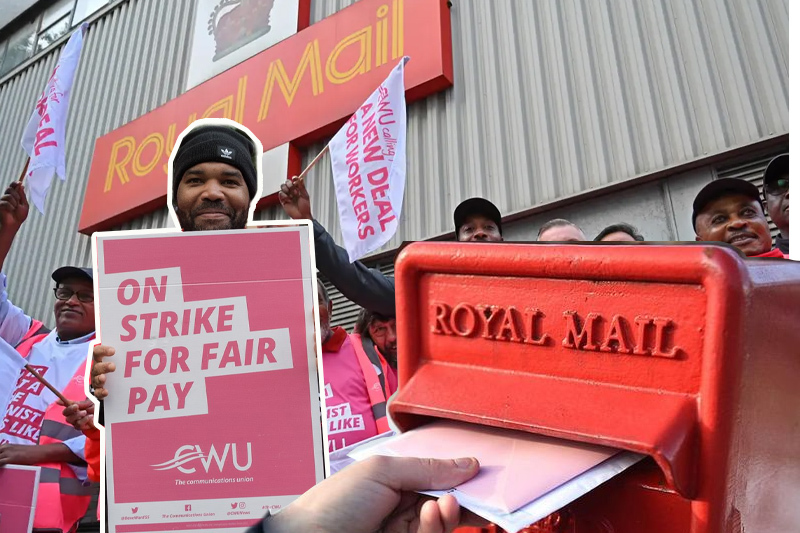 UK – The Communications Workers Union (CWU) said 115,000 members across the UK will go on strike for 24 hours on Thursday starting at 0400 BST.

Royal Mail workers are conducting the first of 19 strikes as part of a longstanding dispute over wages and working conditions.

The planned 19 days of strikes include the week of Black Friday and Cyber ​​Monday, as well as October 13, 20, 25 and November 28. Royal Mail warned that the letters would not be delivered and some parcels would be delayed.

This is the sixth strike by postal workers and comes after a summer of riots in which railroad workers and criminal defense lawyers quit over disputes with their employers.

The CWU accused Royal Mail of planning structural changes. According to the union, this will effectively turn employees from secure, well-paid jobs into “a fickle, financially unsustainable workforce overnight.” The Postal Service’s plans mentioned include cuts to employee sick pay, a three-hour delay in mail delivery, and lower terms for new hires.

General Secretary Mr. Ward said the changes could lead to “the destruction of the special relationship that postal workers and the public have in every community in the UK”. He called these plans “a business plan to divest assets” that would lead to the breakup of the company.

He also said he would prioritize the delivery of Covid-19 testing kits and medical prescriptions. A spokesman for Royal Mail said: “Royal Mail is losing £1 million a day and needs to change faster in response to changing customer demands.”

The strikes will jeopardize the preservation of postal workers’ jobs, Royal Mail said, urging CWU leaders to call off the strike and accept invitations to negotiate.