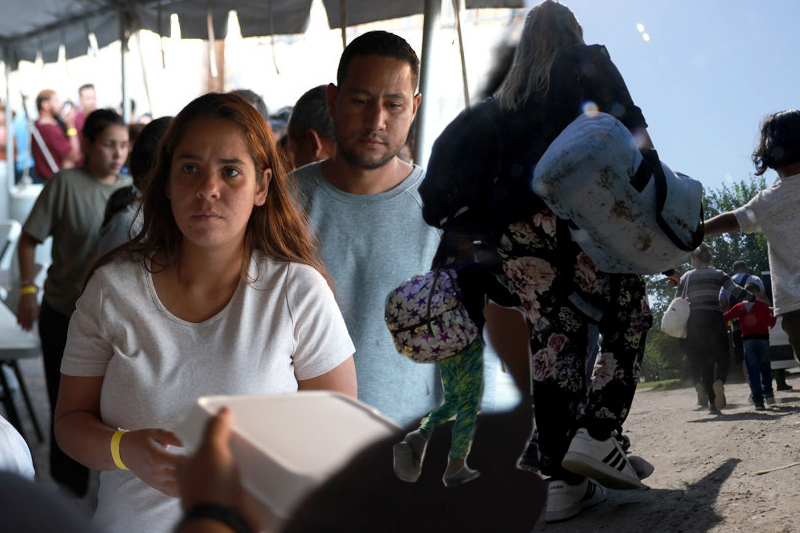 US – The United States and Mexico have announced a joint migration plan under which the majority of Venezuelan asylum seekers attempting to enter the US through their southern border will be sent back to Mexico, while access to the US will be granted to thousands of others arriving by air. The effort, announced late Wednesday night, is aimed at addressing the growing number of Venezuelans arriving at the US-Mexico border.

Under the new program, effective immediately, up to 24,000 Venezuelans will be allowed to enter the US by air, the Department of Homeland Security (DHS) said. Others who try to enter the US across the border without papers will be returned to Mexico.

“These actions make clear that there is a lawful and orderly way for Venezuelans to enter the United States, and lawful entry is the only way,” US Secretary of Homeland Security Alejandro Mayorkas said in a statement. “Those who attempt to cross the southern border of the United States illegally will be returned to Mexico and will be ineligible for this process in the future,” he said.

The administration of President Joe Biden has struggled to deal with the record number of migrants and asylum seekers arriving at the US southern border as more people arrive from Venezuela, Cuba and Nicaragua. Biden’s Republican opponents, who are seeking control of Congress in the Nov. 8 midterm elections, have criticized what they see as his failure to secure the border.

So far, Mexico has only agreed to accept Section 42 migrants from Guatemala, Honduras and El Salvador, leading to uneven application of the rule. The US struggles to expel other nationalities due to costs, strained diplomatic relations, and other considerations.

Poor relations with the Venezuelan government have made it almost impossible to apply Section 42 to Venezuelan asylum seekers, and in recent months many have been allowed to apply for asylum and then released to the US while they await trial.